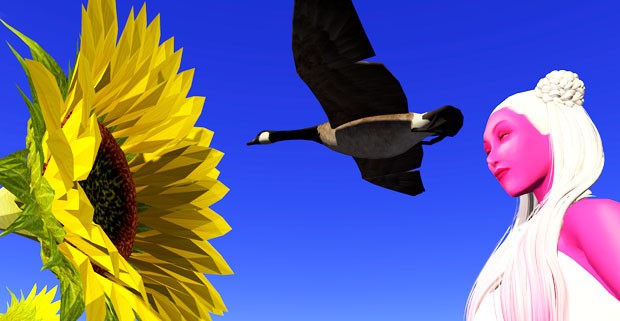 “Come visit us, out where we are filling in the blank spaces,” wrote artist, writer and curator Skawennati, and Concordia professor Jason Edward Lewis in a seminal 2005 article about why the two Indigenous artists decided to work in cyberspace.

Now, in 2017, two decades of artwork, artifacts and archives created by members of AbTeC will be on view at Concordia’s Leonard and Bina Ellen Art Gallery from November 4 until December 2.

Owerà:ke Non Aié:nahne / Combler les espaces vides / Filling in the Blank Spaces is a joint creative project by Jason Edward Lewis, a professor in the Department of Design and Computation Arts, and Skawennati (BFA 92, Gr Dip 96).

Lewis is the Concordia University Research Chair in Computational Media and the Indigenous Future Imaginary, and Skawennati coordinates the Initiative for Indigenous Futures (IIF), an AbTeC research-creation partnership founded in 2016 by the two.

Skawennati explains that the overarching goal of both AbTeC and IIF — as well as that of its “ancestor” CyberPowWow — is to build capacity in Indigenous communities.

“For me, this is our most important strength,” she says.

“Many Indigenous people feel like they don’t have access to things. They have the feeling of not being allowed in. It’s something to be overcome.”

Lewis adds: “In helping communities develop multiple visions of tomorrow’s Indigenous peoples, we develop a better understanding of where we need to go today.”

The exhibition will showcase a history of activities dedicated to carving out Indigenous-populated spaces on the Internet.

Largely through multimedia installations, videos and apps, it will feature both old and new works including games, machinima and documentation from the Skins Workshops on Aboriginal Storytelling and Video Games, VR works by Scott Benesiinaabandan and Postcommodity, selections from the Illustrating the Future Imaginary commissioning series, and a CyberPowWow reboot.

Owerà:ke Non Aié:nahne illustrates a multitude of ways in which Indigenous artists, researchers, educators, designers and community activists are creating and employing new media to strengthen and complement their cultures and communities. 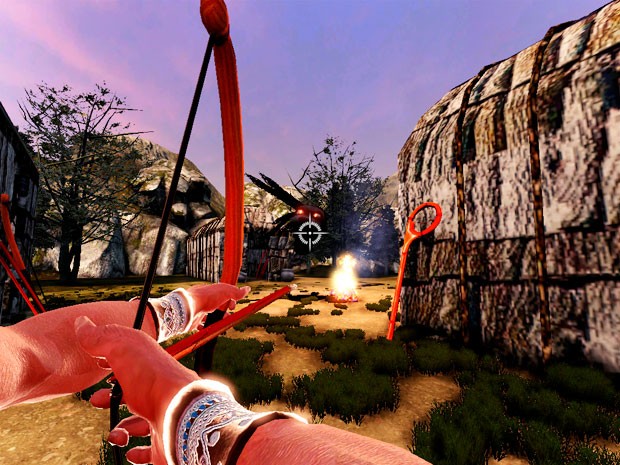 Finding a home at Concordia

Of note, the exhibition will feature an enormous archive of never-before-seen AbTeC notes, drawings and designs, curated by Mikhel Proulx, an art history PhD student at Concordia.

“Only five to 10 per cent of all AbTeC’s artistic production makes it to the public,” Lewis explains. That’s why he and Skawennati feel particularly fortunate for the added curatorial and historical dimensions that the archive provides. This perspective is welcomed and supported by the Ellen Gallery in a way that is not common for exhibition spaces.

Looking back on the past several years, he adds that a project like AbTeC wouldn’t have taken flight anywhere else other than at Concordia.

“Thanks to the university’s support of research–creation, as well as the funding support of the Social Sciences and Humanities Research Council of Canada (SSHRC), we’ve been able to develop knowledge of Indigenous-determined cyberterritories through artistic expression, scholarly investigation and technological experimentation. We are so lucky for that.”

Owerà:ke Non Aié:nahne / Combler les espaces vides / Filling in the Blank Spaces will be on view at the Leonard and Bina Ellen Art Gallery (1400 De Maisonneuve Blvd.) from November 4 to December 2.

Guided tours and participatory workshops will be available. The opening takes place Saturday, November 4, from 3 to 5 p.m.

Find out more about the Initiative for Indigenous Futures.