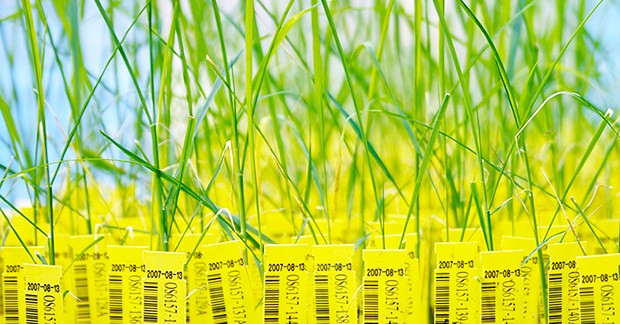 Back in January 2016, Alisa Piekny — an associate professor in Concordia's Department of Biology — unpacked a controversy that had the science world buzzing.

The debate came down to who deserved credit for discovering the gene-editing technology CRISPR, or "Clustered Regularly Interspaced Short Palindromic Repeats."

The rumpus began when Eric Lander, a biology professor at MIT, penned an article for prominent science publication Cell on the history of CRISPR's discovery. "The Heroes of CRISPR" neglected to mention that Lander is involved in a CRISPR-related patent lawsuit with two other scientists, Jennifer Doudna and Emmanuelle Charpentier, who played a major role in CRISPR's development.

Not only did fellow scientists question Lander's (and Cell's) lack of disclosure, but Lander was also accused of trying to write women out of CRISPR's history.

So have the "missing heroines of CRISPR" been reinstated?

In honour of Ada Lovelace Day for women in STEM, Piekny takes the pulse of the scandal — and of gender equality in science today.

'Gender bias is an ongoing problem in science and technology'

What’s the state of the CRISPR controversy today?

Alisa Piekny: The ongoing patent battle between the Broad Institute and Berkeley to decide who has priority continues to generate controversy. The Broad Institute was given priority in the most recent court case, which could have huge implications on many of the subsequent patents. But Berkeley has filed an appeal.

Another controversy that has emerged, although this is not genuinely new, is the off-target effects of CRISPR. The extent of off-targeting is not well understood and could be highly variable depending on the sequence used, the organism, enzymes, etc.

I think it is accepted that off-targeting when using CRISPR can happen, and by understanding this, improvements can be made when using the technology. This is why Doudna and Charpentier cautioned against moving too quickly ahead with using the technology before truly understanding its limitations. Especially when editing humans, there is a lot to consider in terms of safety, but also ethically.

Back when we first asked you about your reaction to the ‘missing heroines of CRISPR,’ you said you weren’t surprised. How do you feel now?

AP: I still think the recognition for important contributions to, and the advancement of, CRISPR goes deeper than this, because it also highlights the fact that many women are often overlooked for their contributions to science. This is a problem that has occurred for decades, if not hundreds of years.

I think there are efforts to acknowledge that a problem exists and to find ways to combat it. For example, I have spoken to several colleagues who are helping to organize conferences and are making a special effort to be more inclusive of who is being invited to speak.

The funding agencies also seem to be aware that there are discrepancies in funding allocated to women, and they are making efforts to ensure that evaluators are aware of subconscious bias in the review process.

What do you think these issues say about the prevalence of sexism in STEM disciplines?

AP: I think gender bias is an ongoing problem in science and technology — the older generation is especially male-dominant and some, or many, may not have open bias per se, but simply favour their 'colleagues and friends,' many of whom happen to be male and white.

AP: As more men and women are less tolerant and call out their colleagues and peers for especially blatant bias, then this should change with time. Those at the top have more onus than those at the bottom.

There was a recent report published by a committee that was formed to investigate the success, or lack thereof of different funding programs for research in Canada called the Naylor report. They found a huge discrepancy in funding for women and other people from under-represented groups, in particular when it came to the Canada Research Chairs (CRC) program. In response to this, the federal government is demanding more transparency in the hiring of CRCs, where universities must demonstrate that they are more actively trying to recruit people from under-represented groups.

In response, many universities, including Concordia, have created workshops for hiring committees to make them aware of subconscious bias and how to expand the pools of applicants, and to find ways to be fairer in the assessment of candidates.

The problem that I have experienced in hiring in STEM is how do we attract women, or those from other under-represented sectors, to apply in the first place? This has to come back to the university to be more committed from a higher level. This may mean re-evaluating priorities, being more strategic in 'outreach', and considering multiple factors that may be important to make the University an attractive place to be.

It gets to the deeper issue of gender bias in STEM in general, and how women struggle for recognition in male-dominant fields.

Find out more about Concordia's Department of Biology.