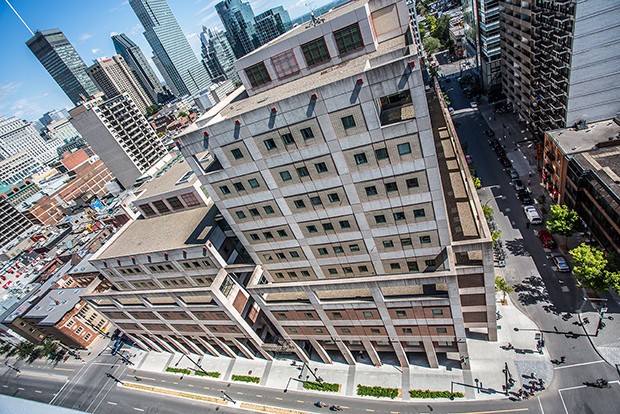 It’s official — Concordia is one of the world’s top 500 universities. That’s according to the recently released 2017 Academic Ranking of World Universities (ARWU), also known as the Shanghai Rankings.

This is the first time since 2013 that Concordia has made the top 500, and only the fourth time since the rankings began in 2003. More than 1,300 universities were ranked in total.

“This result is validation that we’re moving in the right direction in terms of our research output and academic priorities,” says Graham Carr, Concordia’s provost and vice-president of Academic Affairs.

This year, Concordia recorded solid scores in several categories, in particular published and indexed papers and per-capita performance. And given that the university has no Nobel Prize or Fields Medal winners, its ascension to the top 500 this year is even more impressive.

“Because of our embrace of innovation and transdisciplinarity, we’re able to attract faculty who believe that our commitment to convergence can help them be global leaders in their fields,” Carr says.

“Likewise, students from across Québec and around the world are drawn to our programs in record numbers, and want to be part of Concordia’s exciting vibe and learning environment.”

For the first time this year, ARWU also published the universities that came in the 501-800 bracket, to demonstrate their potential of breaking into the top 500 list in the near future. Université de Quebec à Montréal (UQAM) was among this group.

Previously, ARWU only looked broadly at the five fields and did not go into particular programs.

Find out more about what makes Concordia great, or read the full results of the 2017 Academic Ranking of World Universities.