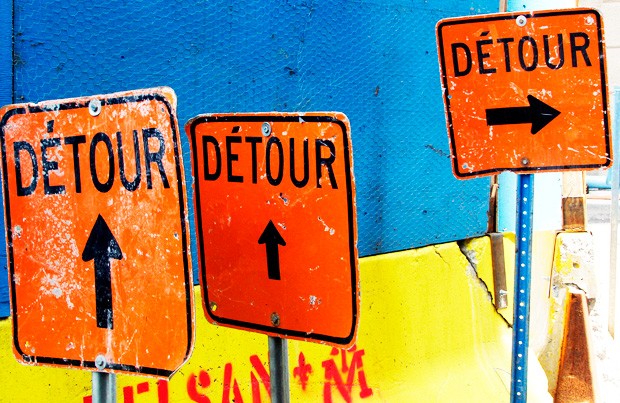 Have you ever wondered why some streets in your city get repaired, and yet you hit that same pothole every time you leave the house?

Problems with surface maintenance and repair schedules may soon be a thing of the past, thanks to a new road condition rating system developed by Concordia researchers.

“Keeping highways and roads in good condition is a major challenge,” says Zayed, the study’s senior author. “Ground transportation systems are constantly expanding, and with them, the cost of maintenance.”

More than one third of America’s major roads are in poor or mediocre condition. It’s not much better in Canada, where about 20.6 per cent are considered poor to very poor. The City of Montreal alone fixes about 50,000 potholes a year.

The proposed rating system uses age, climate and average daily use to predict the condition of a road and recommends when and where preventive maintenance should be performed. Existing models only take into consideration the age of a road or its current condition to determine what work is needed at that moment.

By performing minor repairs and preventive maintenance, cities can save as much as 10 times the cost of major rehabilitation or reconstruction. Avoiding this maintenance increases the rate at which a road deteriorates.

“Simply ensuring two to three cycles of preventive maintenance can be enough to protect a road's lifespan,” says Abu-Samra, who participated in the project as a research assistant and PhD student.

“Early repairs and preventive maintenance — like filling in cracks — return the asphalt layer of the road to its pristine state, as there is no structural defect in the lower layers. Rehabilitation projects cannot achieve this once structural defects in the base and sub-base layers have occurred.”

This rating system comes at a time when the cost of repairing existing roads far exceeds current federal infrastructure funding. Canada’s infrastructure deficit was $123 billion in 2007 and it increases by about $2 billion annually.

‘We can prevent costly road closures in the future’

"They have reached a point where maintenance and renewal is essential. If cities and highway agencies can predict and budget for minor repairs with the data they need, it will prevent costly road closures in the future.”

Zayed believes the rating system could be adopted by municipalities globally.

“Traffic congestion and road safety are common concerns in cities around the world,” he says. “By using a rating system, we remove the planning issues that often see small maintenance projects go unchecked. The end result is a more streamlined maintenance and repair process that addresses road conditions before major problems can occur.”