The big dig: a global software solution for road, water and sewer repairs 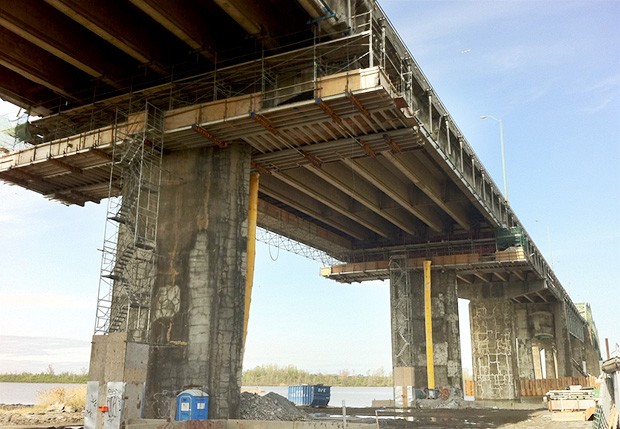 “In Canada, about 30 per cent of municipal infrastructure has been assessed as between fair and very poor.”

Ever have your street repaved one year, only to have it torn up for sewage work shortly afterwards? Municipal blunders like this may soon be a thing of the past, thanks to new software developed by Concordia researchers.

In a paper recently published in the Journal of Construction Engineering Management, former graduate student Khaled Shahata and Tarek Zayed, a professor in the Department of Building, Civil and Environmental Engineering, describe an innovative method of tracking the many issues involved with the repair and renewal of road, water and sewer networks.

“The main problem is that city infrastructure planners often work in silos,” says Zayed, the study’s senior author. “When the infrastructure shares the same space, the integration of roads, water and waste water is a major planning challenge.”

By combining a wide variety of variables for water, sewage and road networks, the software developed by Zayed and Shahata breaks down those silos. It identifies risk factors and consequences of a project’s failure to map out which areas are most in need of attention, as well as where resources would most effectively allocated.

This software solution comes not a moment too soon.

“Water supply and sewer systems across North America have reached a point where maintenance and renewal is essential,” says Shahata, who conducted the research during his graduate studies at Concordia. He is now an asset management specialist for the City of London, Ontario.

“Most of the drinking water infrastructure is nearing the end of its useful life,” Shahata says.

“Forty-two per cent of America’s major urban highways are congested, and three-quarters of waste-water systems need pipe repair. It’s not much better in Canada, where about 30 per cent of municipal infrastructure has been assessed as between fair and very poor.”

While infrastructure repair and rehabilitation is constantly underway in cities across the continent, carrying out that work is not always so easy. Issues like shrinking budgets, health risks, environmental concerns and maintenance are major obstacles.

Zayed believes the software, which was initially implemented in a pilot project for the City of Guelph, could soon be used by municipalities around the world.

“These problems are common in cities around the world,” he says. “By using this software, we remove the planning issues that often exist between these separate entities and consider a city’s infrastructure issues more holistically.

“The end result is a more streamlined repair and rehabilitation process that uses the available budget in the most efficient way possible.”