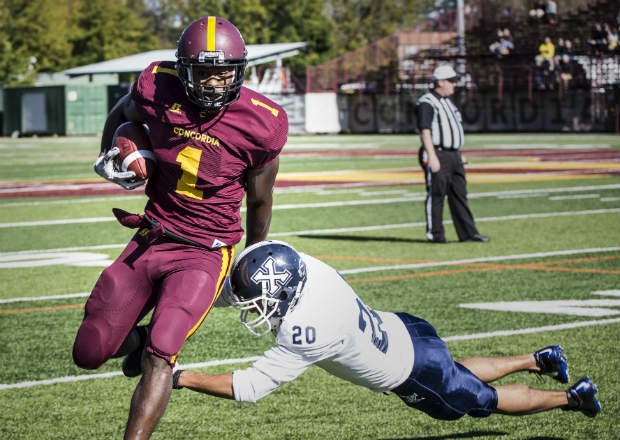 There are still a few weeks left of summer, but Concordia’s fall sports teams are already ramping up for their regular season openers.

Here’s a snapshot of what to watch for over the coming weeks.

The Stingers begin their 2017 season at home on August 25 with a 7 p.m. kickoff against the UdeM Carabins.

Head coach Mickey Donovan is optimistic about the team’s prospects after placing third in the conference last year – their best finish since 2009. With 22 out of 24 starters returning, he’s confident that they can only get better.

“Last year we were such a young team,” he says, “but coming into this season our players have experience under their belts, their bodies have matured, their minds have matured and overall this is going to make us much stronger.”

Donovan says to look out for defensive talents Jersey Henry and new recruit Wade Cyr: “Henry is an older guy and we’re looking for him to make smart defensive plays, while Cyr, as a defensive tackle, is going to be a headache for our opponents.”

On offense, Donovan expects a stronger, more cohesive game, with all 10 offensive linemen back for another year.

“Our running back play is going to be more competitive,” he says. “Leading the pack will be Jean-Guy Rimpel, who set the RSEQ record for most carries in a game during our last regular season match against Bishop.”

Donovan says the Stingers will be taking things one game at a time.

“Coming into each game we’re going to focus on the opponent directly in front of us,” he says. “Last year we got a little ahead of ourselves and it became a distraction, so this season we’re pulling back.”

The Carabins are currently the top team in the RSEQ, and Donovan says the home opener could serve as a forecast for the rest of the season.

“It will be an exciting match and a chance to see where we stand potentially for the upcoming year,” he adds. “It’s going to be Friday night under the lights, so I’m expecting a lot of energy.”

Kickoff is at Concordia Stadium on Friday, August 25 at 7 p.m. You can purchase tickets here. The home opener, and select games throughout the season, are free for those with Le Gym memberships. The annual homecoming game will take place on Saturday, September 16 at 2 p.m. against long-time rivals McGill. 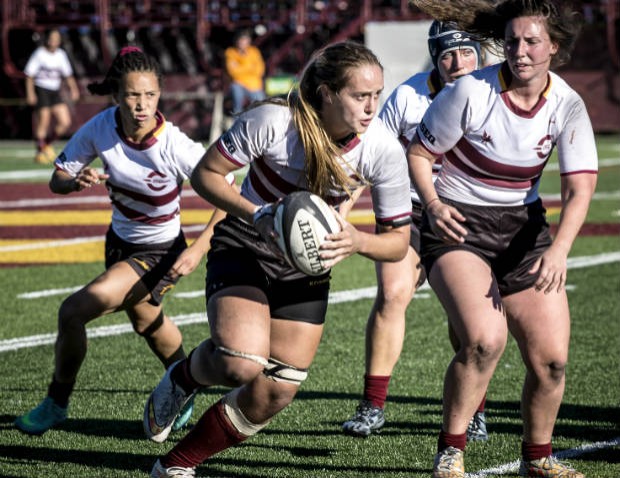 The Stingers are looking to keep up the momentum from last season, in which they took second place in the RSEQ and fifth at the U Sports National Championships.

“Everything went really well last year,” says head coach Graeme McGravie. “We are in the strongest conference in Canada and our team came together at the right time.”

“We need to get fitter and a little more experience on the pitch to improve, but we’ve worked hard in the off season to make this leap for 2017.”

McGravie says that, with the team primed after an intense summer club season, the players are ready to make their mark. “Our mantra is to get better week to week, game to game, and be ready for playoffs,” he says. “From there we win.”

Look out for new recruits Shawna Brayton and Geneviève Kasa-Vubu, both of whom were named to Canada’s U-20 squad this year. Also of note are star players Alex Tessier and Frédérique Rajotte, who will be playing in the Canada World Cup in August before returning to play for the Stingers.

A pre-season match against Western will take place at the Concordia Stadium on Friday, September 1 at noon. The regular season begins on September 4 at 7 p.m. at McGill.

The Stingers are hoping to turn things around after a tough 2016 season, which resulted in a heartbreaking overtime loss in the quarterfinals.

“We lacked positional depth last year, but this season we have key players coming back from injury and a strong rookie class coming in,” says head coach Craig Beemer. “This should give us a great opportunity to compete and hopefully return to a championship-calibre team.”

Although the team is young, there are senior players in critical positions, he adds. “If we gel early enough we could have quite the year.”

This season has symbolic significance: it’s the 40th anniversary of the founding of the men’s rugby team at Concordia.

To celebrate, alumni Sommer Christie and Tom Smith will be inducted into the Concordia Sports Hall of Fame alongside the entire 1998 Stingers women’s team and staff.

“We are hoping to have a lot of rugby alumni at that event,” says Beemer. “We also play McGill twice this year, and those are always big games due to the crosstown rivalry.”

The first match of the regular season is on Sunday, September 10 at Molson Stadium against McGill. Kickoff is at 3 p.m.​

Following a disappointing season, with two top recruits not being eligible to play and a series of limiting injuries, head coach Jorge Sanchez is ready to get back in the game.

“We are optimistic for the fall,” says Sanchez. “We closed the gap with top teams during our winter league, but we need to improve our consistency of play and ability to score goals.”

The Stingers have added two new players and a goalie to the roster, and Sanchez is hopeful they could have an effect. But he says the success of the team will likely depend on veteran players such as Laura Lamontagne, Mélisane Lafrenaye, Val Arenal and Chama Sedki.

“We have a solid core of returning players,” he says. “And with the addition of a few new, strong hopefuls, we are in a position to challenge for top four.”

The Stingers will face Laurentian University at the Loyola field for an exhibition game on Friday, August 18 at 6 p.m. The regular season kicks off on Thursday, August 31 at 8:45 p.m. with a home game against UQAM. 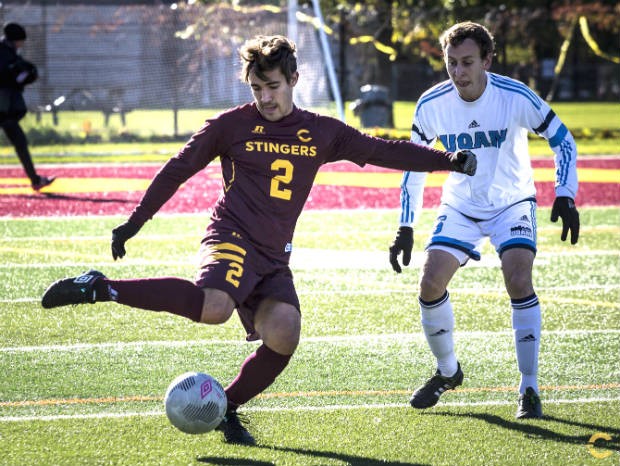 Last year, the Stingers narrowly missed the post-season, and for many on the team it feels like unfinished business.

“Our goal is to challenge for top three and find ourselves in the playoffs,” says head coach Gregory Sutton. “From there I think it’s anyone’s ball game.”

This season’s team is more experienced and more consistent, he adds. “We’re ready to get over this next hurdle.”

Veteran players, such as all-star netkeeper Karl Gouabé, will provide essential leadership in the back alongside Olivier Georges, a seasoned defenseman going into his fourth year with the team.

New recruits to look out for include Bruno Xavier, a big forward and an exciting prospect for Sutton, as well as Yacine Ait-Slimane and Marco Lapenna from the Montreal Impact Academy.

“Between those guys and some of our other veteran players, we’ve got a good core that will bring a lot of talent to the field,” Sutton says. “Now it’s just about gelling.”

“It will be exciting for our young players to get game experience against quality competition,” he says. “It’s a great early opportunity to measure themselves against NCAA Division 1 talent."

The rest of the schedule is as follows:

All games start at 7 p.m. Tickets will be available at the door.