The Concordia community remembers a quick-witted lecturer and mentor in public relations
|
By J. Latimer, with files from the Montreal Gazette

To meet her was to remember her. Leanne Sanders had passion, style and a remarkable flare for communicating.

Many Concordia students, faculty and staff were touched by Sanders’ dynamic approach to lifelong learning at the Centre for Continuing Education (CCE), where she lectured steadily from 1990 onwards in marketing and public relations. 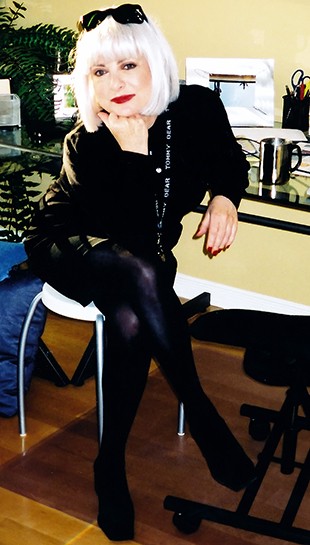 The university community was deeply saddened to learn that Sanders passed away in Miami, Florida, on February 23 after a battle with breast cancer. She was 71 years old.

“Leanne was a force of nature,” says Stan Schwartz, a friend for more than 40 years and fellow lecturer at the CCE.

“More than anything, she advocated for lecturers who were working professionals in their field. She drew her classroom lessons from real-life experience.”

Sanders accepted her first contract at Concordia in 1980. Beyond teaching, her career included a decade of fashion and merchandising at the Hudson’s Bay Company and Wonderbra. She also spent 12 years as the original concept developer, part-owner and operator of North America’s largest nightclub at the time, Club Metropolis, which is still in operation today.

Schwartz recalls that Sanders was known for her quick wit and encouragement in the classroom.

Carlos Messina — who teaches computer courses at the CCE and shared Sanders’ passion for South Beach, Florida — remembers her as a remarkably positive presence.

“Students loved her energy and her commitment to their careers,” says Messina. “She was particularly good at empowering those around her.”