‘In 50 years, reading will be much easier — for computers and humans’ 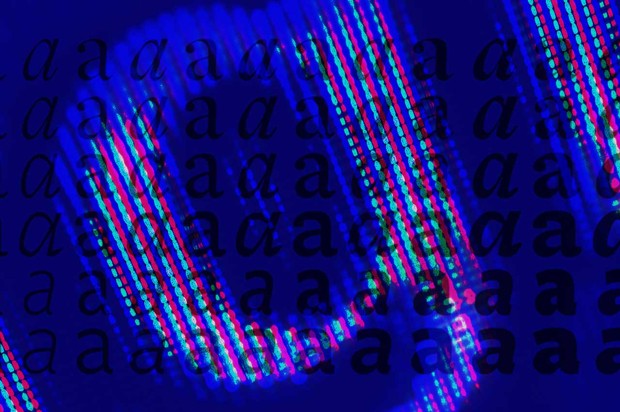 Have you ever been told you have writing like chicken scratch? It turns out this might not only bother your grade four teacher — your computer could be confused too.

At a time when even something as fundamental as reading has been co-opted by digital brains, teaching computers to read has become a monumental task. A new book by Ching Y. Suen, a professor in Concordia’s Department of Computer Science and Software Engineering, deciphers the latest in digital literacy.

Suen’s fascination with letters and characters began with his doctoral research, which focused on teaching computers to read multi-font documents with a voice output for the blind.

In Digital Fonts and Reading (World Scientific, 2016), he and co-editor Mary C. Dyson from the University of Reading in the United Kingdom compile a series of essays on everything from vision and reading to perspectives on type design practice.

“The first chapter provides a great way into the book, because the author looks at how computer-generated fonts can be used to help human readers,” Suen explains.

While large-print documents offer some help, certain factors concerning readability and legibility — such as spacing, serifs and point size — are often neglected. Beveratou therefore concludes that visually impaired people need a specially designed font to use with large print. Simply upping the font size of a book set in Garamond or Times New Roman is not enough.

“This and the other 13 chapters in the book support our central finding, which is that good font designs will facilitate reading by both humans and computers,” says Suen, who is also the director of Concordia’s Centre for Pattern Recognition and Machine Intelligence (CENPARMI).

“What’s more, the book details how we have taught computers to read both printed and handwritten texts and data.”

He hopes this will inform the public about the importance of using good fonts for printing, leading to easier reading, less eye strain and reduction in short-sightedness. The latter is unfortunately on the rise right now in primary schools, due to increased dependence on screen reading.

But Suen is optimistic about the future.

“Fifty years from now, I believe that computers should be able to provide sets of digital fonts for the printers to select from, with information on their legibility, artistic values and possible psychological effects. Reading will be much easier — for computers and humans alike.”

Find out more about research at Concordia’s Centre for Pattern Recognition and Machine Intelligence.