Take a knee, take a stand

On February 17, a Concordia panel tackles activism, sports and the Trump presidency
|
By Aaron Lakoff 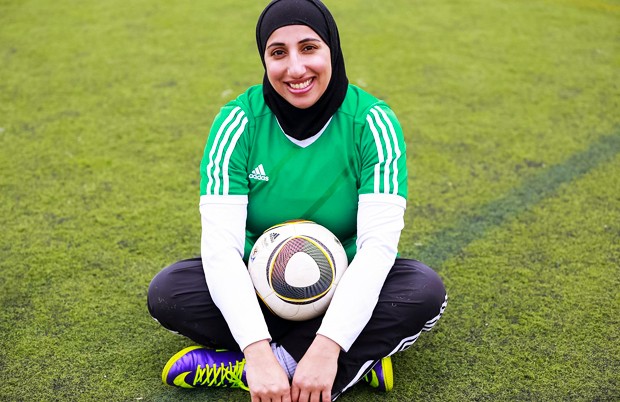 Shireen Ahmed will be one of the speakers at the event. | Photo by Zena Chaudhry

When San Francisco 49ers quarterback Colin Kaepernick knelt for the national anthem at the outset of this year’s NFL season, he made waves throughout the sports world.

Inspired by the widespread debate that followed, an all-star panel of writers and activists will take the stage at Concordia on February 17 for "Taking A Knee, Taking a Stand: Resistance and Sports in the Age of Trump.”  They’ll discuss not only the anthem protests, but also the broader historical and present contexts of athletes who stand up for social justice.

Among the invited panelists are Dave Zirin, celebrated author and host of the Edge of Sports podcast, and Shireen Ahmed, creator of the Tales from a Hijabi Footballer blog.

The presenters will focus on how sports fans, athletes, journalists and activists can fight against oppression, and how sports can build safer spaces for women, the LGBTQ community and people of colour.

Representatives from Concordia’s Sexual Assault Resource Centre (SARC) will open the panel, discussing their joint initiative with the Stingers varsity teams to provide consent workshops to all university athletes.

Ahmed, a Muslim feminist, will speak about Islamophobia in sports, particularly in the context of US president Donald Trump’s recent move to ban migrants from several Muslim-majority countries.

Zirin, in turn, will bring attendees the courtside perspective, exploring the frontlines of anti-racist and feminist struggles in North American sports today.

The event is supported by the Department of Communication Studies, the Concordia Council on Student Life, the Graduate Community Building Fund, and QPIRG-Concordia.