Do thoughts of death change our shopping habits? 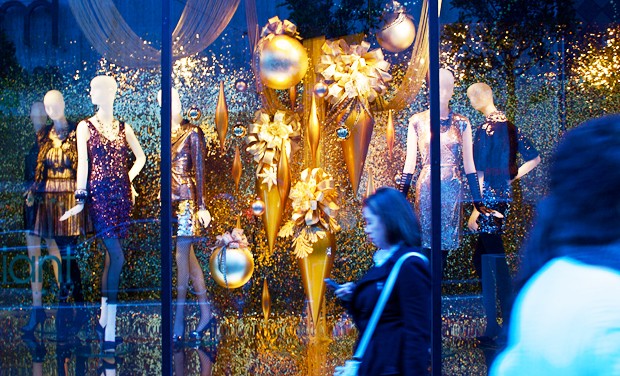 It’s that time of year again: when festive ads command consumers to BUY! BUY! BUY! for their friends and family. But despite this holiday cheer, negative news marches on.

Reports of plane crashes, terrorist attacks, fatal car accidents and deadly fires may lead shoppers to think more about their own mortality than purchasing that new holiday sweater for Uncle Dave.

But new research from the John Molson School of Business (JMSB) and HEC Montréal shows that, for people with certain world views, thoughts of death can actually trigger the buying impulse.

In a study recently published in The Journal of Consumer Affairs, marketing professors Michel Laroche and Marcelo Nepomuceno found that the habits of spendthrifts don’t change after contemplating their own mortality.

Compulsive shoppers, on the other hand, go out and buy more.

“In other words, thinking about death will likely make people cling even more strongly to their beliefs because it’s a way to cope with mortality.”

Laroche and Nepomuceno wanted to test this assumption with anti-consumers — people who voluntarily resist consumption out of a sense of frugality or desire to live simply, and with over-consumers — folks who shop till they drop, no matter the season.

The researchers ran two experiments with 503 North American university students. The respondents were first asked to answer questionnaires identifying their tendency to resist consumption. They were then randomly assigned to one of two groups:

Anti-consumers seem to care less about consumption than over-consumers!

Afterwards, participants indicated their inclination to purchase a series of products. By comparing the participants in each condition, the researchers were able to identify individual tendencies to increase or reduce consumption due to thoughts of death.

“Our expectation was that the anti-consumption individuals would become even more inclined to resist consumption. This would indicate that for them, resistance was an important source of self-esteem,” Nepomuceno says.

“In fact, we found that anti-consumers were not influenced by thoughts of death, which suggests that they do not believe that resistance to consumption is a source of self-esteem. In other words, anti-consumers seem to care less about consumption than over-consumers!”

Interestingly, among consumers inclined to over-consume, the researchers found that thinking about death made them even more likely to buy.

“This indicates that such consumers see purchasing and having goods and services as an important source of self-esteem. When they think about death, they become more inclined to buy because this helps them feel better about themselves,” Nepomuceno explains.

He and Laroche, who was recently named editor-in-chief of the Canadian Journal of Administrative Sciences, hope that the results of this study will arm the general public — especially those inclined toward retail therapy — with a better understanding of how consumption is influenced by situational factors. They also aim to show the occurrence of such influences without the full knowledge of the consumer.

“A person who knows that thoughts of death can lead to over-consumption is now in a position to avoid exposing themselves to such thoughts before shopping,” concludes Laroche.