Ordinary men and women who are extraordinary heroes

On December 8, the White Helmets — Syria’s courageous humanitarian aid workers — are coming to Concordia for a special premiere
|
By Renée Dunk 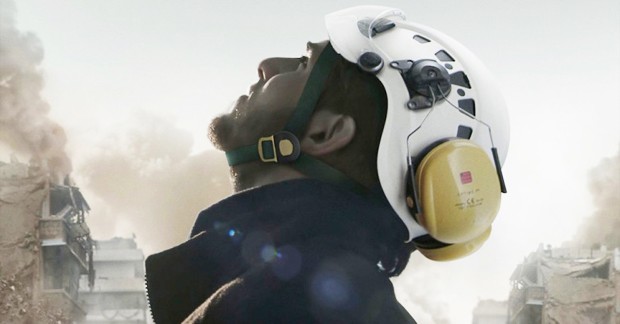 The White Helmets are 3,000 volunteers who work to save lives and strengthen communities in Syria.

Representatives from the Nobel Peace Prize–nominated Syrian Civil Defence (SCD), a volunteer non-governmental organization also known as the “White Helmets,” will make a special stop at Concordia next week.

The university’s own Montreal Institute for Genocide and Human Rights Studies (MIGS) will host a screening of the Netflix film White Helmets (in French, with English subtitles) on December 8 in the Henry F. Hall Building (H), followed by a panel discussion with the visitors.

The White Helmets are a group of nearly 3,000 volunteers who work to save lives and strengthen communities in Syria, most often in war-torn locations that many humanitarian organizations like Doctors Without Borders can’t reach.

In addition to being considered for the Nobel Peace Prize, something MIGS helped to champion, the White Helmets received the Right Livelihood Award in September.

Considered the “alternative peace prize,” the annual honour was presented to the group for outstanding bravery, compassion and humanitarian engagement in rescuing civilians. 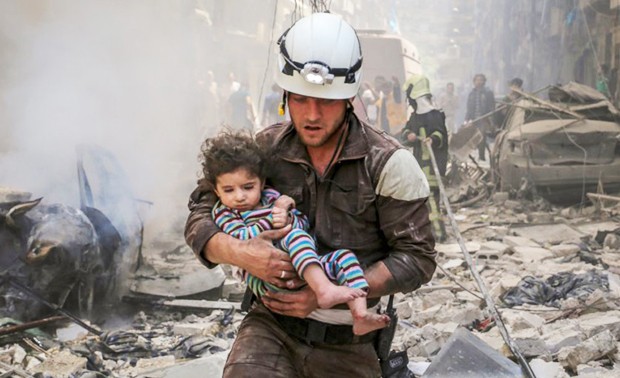 Kyle Matthews, executive director of MIGS, is excited that Concordia is the only location in Quebec that will be screening the film. He is an avid supporter of the SCD and has spoken out in the past about Canada’s potential role in helping stop the Syrian war.

“The members of the White Helmets are ordinary men and women who are extraordinary heroes,” Matthews says. “But the time has come for this conflict to stop.”

Matthews argues that Canada is well-placed to be the country that thinks big and mobilizes others to join it in finding innovative solutions to protect Syrians.

“The carnage and displacement we are seeing in Syria will not magically come to an end,” he explains. “Leadership is needed to bring countries together in an urgent manner to stop the civil war.”

A panel discussion chaired by La Presse journalist Laura-Julie Perreault will follow the film screening. It will feature directors from both the SCD and Mayday Rescue, the primary implementing partner of the White Helmets mission. The discussion will take place in English.

The Concordia event was made possible thanks to support from the British Consulate-General in Montreal and Global Affairs Canada. Together they’re working to raise awareness of the devastating situation in Syria.

The White Helmets screening, followed by a panel discussion, takes place at 7 p.m. on December 8 in the Alumni Auditorium, located on the ground floor of the Henry F. Hall Building (1455 de Maisonneuve W.). Admission is free, but registration is required.

Find out more about Concordia’s Montreal Institute for Genocide and Human Rights.