Countersurveillance in a posthuman landscape 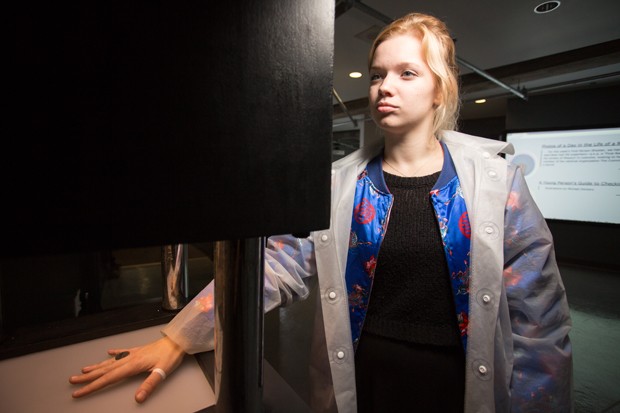 Krista Lynes: “Women’s bodies have been at the root of these discussions.”

The 2013 leak of classified information from the National Security Agency by former CIA employee Edward Snowden unleashed a major societal debate about the state of surveillance and personal privacy.

This was the principal theme surrounding the 12th edition of the HTMlles Festival — a biannual event that invites artists, activists and scholars to explore digital life through questions of gender and sexuality.

This year, Concordia’s Feminist Media Studio was one of several locations in Montreal to host the HTMlles, which ran from November 3 to 6. Stubborn Objects: Counter-Surveillance in a Posthuman landscape, a series of installations, video projections and a round table, sought to bridge scholarly concerns over surveillance with artistic practices and other forms of dialogue.

“The terms of privacy have always been part of feminist discourse, but are often excluded from the larger public discussion that frames surveillance narrowly in terms of “freedom” versus “security”,” says Krista Lynes, director of the Feminist Media Studio.

“Historically, women’s bodies have been a battleground for public/private distinctions, for instance when domestic violence was considered a ‘private affair’ or when the state seeks to curb women’s reproductive rights by denying access to proper medical services. In the current climate, the right to privacy is denied to a broad swath of ‘suspect people’ on the basis of gender, sexuality, race or class.”

For Lynes, the intent of Stubborn Objects was to deflect the gaze of surveillance away from the human body in order to reframe the conversation surrounding privacy.

“The works I chose for the exhibit were about resisting surveillance’s focus on the body, so that we can come to a deeper understanding of what ‘public space’ or ‘privacy’ means.”

Take Karla Tobar Abarca, who roams the city with a scanner built into an ordinary backpack. Unlike security cameras that capture society from a distance, Scanner Pack records intimate surfaces of urban life in a way that links her movement to the places she moves through. 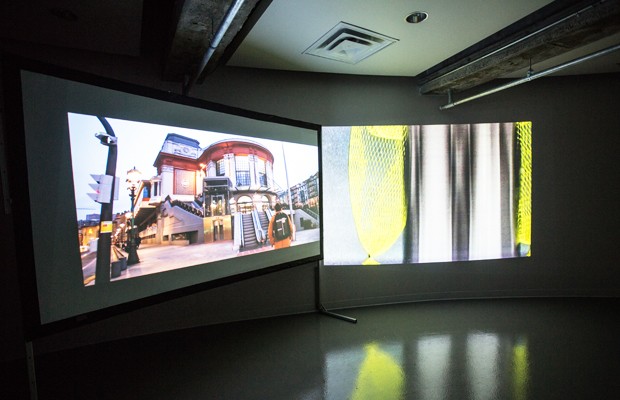 Then there is Joana Moll, whose project, AZ: move and get shot, created an algorithm which captured surveillance footage of the US/Mexico border in Arizona set up by private militias over the space of three years.

The resulting installation, rather than focusing on the bodies of migrants, captures instead the uneventful passage of cattle and cars, and unfolds the complicated landscape of surveillance itself. 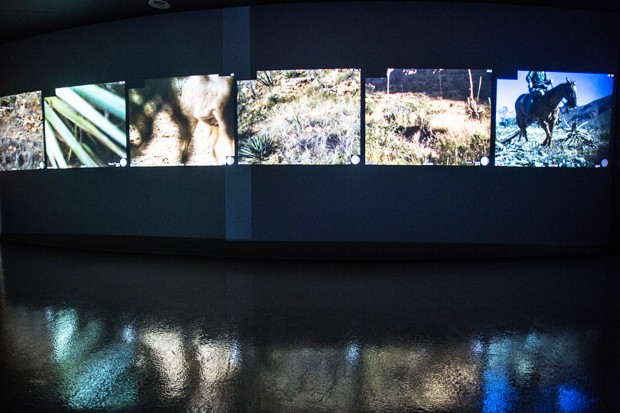 They see their project as inviting new and distributed windows into urban space by occupying the spaces of surveillance more democratically. 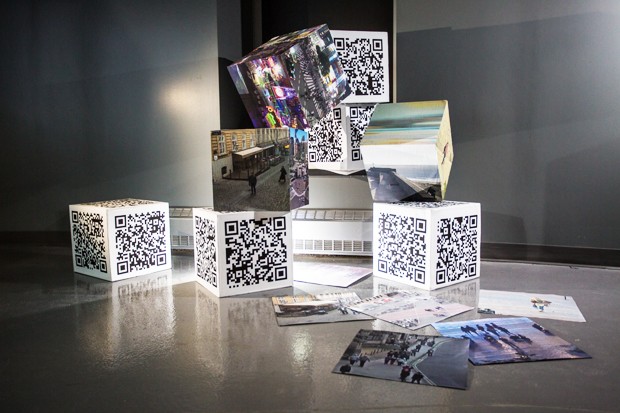 Finally, Fourth Avatar, an installation created by artists Maria Koblyakova and Natalia Alfutova, consists of a kiosk which scans and identifies objects, provides virtual information about them by searching for key terms on Vice.com and then issues the object a virtual “passport”.

Participants see the object on a monitor and then decide if they want to share it on social media networks with friends or delete the passport, thus freeing the item from its identity.

“All of these works come down to finding new modes of empowerment for feminist, queer and anti-racist movements that struggle against surveillance apparatuses,” says Lynes. “These are important questions that need to be explored in the larger narrative of the terms of privacy.”

Check out Concordia's Feminist Media Studio to explore some of the work displayed during the exhibit.