All yeasts are not created equal 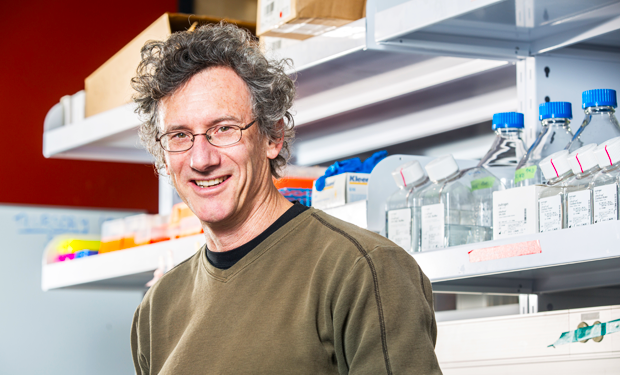 Malcolm Whiteway: “My research is aimed at helping to develop a new generation of anti-fungal drugs that have limited side effects.” | Photo by Concordia University

Yeast. Great if you want to make bread or wine. Not so hot if it turns up as Candida albicans in large quantities in your body and makes you sick.

A study recently published by a team of researchers led by Concordia professor Malcolm Whiteway in Current Biology shows that the type of yeast in bread is less similar to the type that causes fungal infections than previously thought.

The researchers hope that by shining new light on what makes the pathogen tick, his research may eventually help create targeted drugs.

Candida albicans is the strain of yeast that causes relatively benign infections in people with strong immune systems. But it can be a serious threat to people with compromised immune systems, such as patients with AIDS or those undergoing chemotherapy or transplants of organs or bone marrow.

“Because the cells of this fungus function very similarly to human cells, the antibiotics that have been so successful in treating bacterial infections are not active against them,” Whiteway adds. “And the current anti-fungal drugs can have serious side effects. My research is aimed at helping to develop a new generation of anti-fungal drugs that have limited side effects.”

Whiteway and his colleagues examined how a cellular process in Candida albicans differs from the one in Saccharomyces cerevisiae, the yeast used in making bread and wine. Through “genetic rewiring,” the protein controlling a particular process in one yeast species controls a different process in the other.

“Imagine two similar looking houses in Montreal and Toronto. In Montreal, when you flick a switch in the living room the lights come on. But when you flick the equivalent switch in the house in Toronto the stereo goes off. The same switch is doing different jobs,” says Whiteway, who also holds a Canada Research Chair in Microbial Genomics in the Faculty of Arts and Science.

“We think the reason for this is because the yeast that makes bread and wine changed its metabolism to allow it to grow without much oxygen. This led to the pressure that generated the rewiring,” he says.

Pinpointing differences between bread-making and disease-causing yeasts gives us a picture of how cells can be remarkably different even when they look similar. That’s important from a drug production standpoint. Right now, it's common practice to use Saccharomyces to develop drugs to fight Candida.

“This study proves that we have to study the pathogen itself. We can’t just study proxies and think drugs that will treat one will work in the other,” says Whiteway.

“If you want drugs to fight Candida you’re better off working with Candida, even though Saccharomyces is easier to come by. The more we understand about how a fungal cell works, the better we can identify weak points in its armour.”

“We hope it will one day lead to new treatment options for patients suffering from yeast infections, with the goal of faster healing and reduced suffering.”