Let's talk turkey. Is Thanksgiving younger than we think? 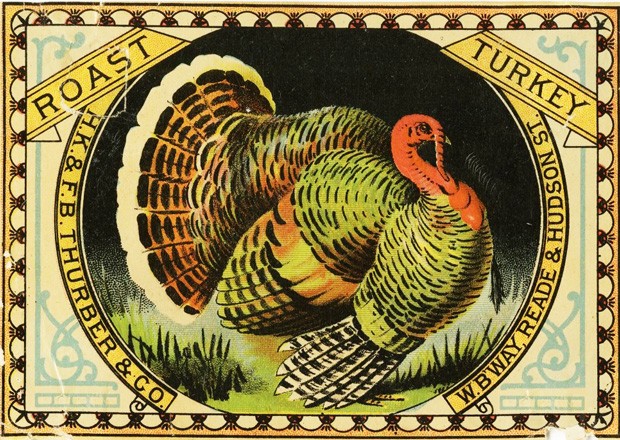 When was the first Thanksgiving? To anyone familiar with American pop culture, the question immediately evokes a familiar vignette: a group of English colonists wearing wide-brimmed hats and buckled shoes share a feast with neighbouring Native Americans after surviving their first year in North America.

A trivia buff might be able to identify the specifics: the colonists were Protestant radicals who had fled first to the Netherlands and then ventured across the Atlantic to found the Plymouth Colony in 1620; the Native Americans were the Wampanoag, who had been devastated by epidemic disease in the previous four years, and whose leader, Massasoit had entered into a strategic alliance with the colonists during their first spring and summer in Plymouth.

But then Canadians might point to an earlier scene. In July 1578, explorer Martin Frobisher gave “humble and hearty thanks” to God after rediscovering two of his ships that had been lost in the glacial waters off Baffin Island. Or perhaps they might mention the Order of Good Cheer, launched by Samuel de Champlain in 1606, to help his scurvy-ridden men survive their first winter in Port-Royal.

Yet the connection of these events to the current annual Thanksgiving holiday is tenuous at best. Neither Martin Frobisher in the Arctic nor the Pilgrims at Plymouth ever called the events of 1578 or 1621 Thanksgiving; nor is there an unbroken chain of tradition that links those events to present-day customs.

In fact, it was not until the middle of the 19th century — the period in which Thanksgiving was declared a national holiday in the United States — that Americans began to think of it as a custom with a historical pedigree reaching back to their Pilgrim forefathers.

This interest in the origins of the holiday grew out of a buoyant antiquarian culture that emerged in New England in the 1820s, and which flourished by the middle of that century.

Amateur historians in this era busily drafted town histories, compiled archives and reprinted long-lost manuscripts. One of their perennial concerns was what Anishinaabe scholar Jean O’Brien has called “firsting”: locating the first settler, the first marriage, the first school — or any other first — of a town or region.

This process of firsting was accompanied by a complementary “lasting,” which depicted the “last” indigenous inhabitants of a town as relics of a fading past. Firsting and lasting became a subtle ideological rationale for colonial dispossession.

This kind of selective remembering and forgetting was typical of settler colonial societies, which claim roots in the soil at the same time that they erase traces of the indigenous past.

Imposing New England values on the rest of the nation

This antiquarian culture seeped into celebrations of Thanksgiving, which by this period was an annual holiday declared by the governors of the New England states. Beginning in the 1840s, according to historian James W. Baker, Thanksgiving celebrations invoked the Pilgrims as role models of Christian piety and forefathers of the American nation.

This appeal to the past was especially important given the social and geographic mobility of New Englanders; not only was the region in the midst of industrialization, but a Yankee exodus was spreading the descendants of the Puritans to Midwestern states such as Illinois and Ohio, and as far as the Pacific Coast. An appeal to a shared past gave these migrants a sense of roots in a period of restless and dynamic change.

The distinctively Yankee flavour of the holiday was not lost on Southerners, who resisted calls to make it a national occasion. The spread of Thanksgiving, in their view, was a matter of imposing New England values on the rest of the nation, paralleling the efforts of abolitionists to undermine the South’s “peculiar institution” of slavery.

“While we are content,” the editors of the Richmond Whig wrote in 1856, “to buy our cotton spools and wooden ware from New England, because hers are the cheapest, we are by no means content to receive her notions of religion, morals, the duties of citizenship, &c, as being the best.”

It was not until 1863 — after the South had seceded from the Union — that Abraham Lincoln was able to declare Thanksgiving a national holiday to be celebrated on the last Thursday of November. As Diana Karter Appelbaum has shown, Southerners only came to accept the holiday gradually, and somewhat reluctantly, after the removal of federal troops at the end of the Reconstruction Era following the Civil War.

In Canada: a shared sense of piety, or sectarian provocation?

The history of Thanksgiving in Canada follows a similar dynamic.

Peter Stevens has shown that it was adopted as a national holiday in 1879 at the behest of Protestant clergymen in Ontario, who hoped it would promote their image of Canada as a distinctively British and Christian — or more particularly, Protestant — nation.

Fearing a decline in religiosity, and anxious about the declining influence of the clergy in English Canada, the promoters of the holiday were determined to make it an occasion that would rally the nation around a shared sense of piety.

But in many ways it had the opposite effect. Catholic Canadians, who represented nearly half the population of the country, viewed the holiday with indifference at best, and at worst as a sectarian provocation. In an era in which Orange Day parades openly baited Catholics, and when English and French Canadians were divided along religious as well as linguistic lines, a Protestant day of national affirmation was unlikely to secure its ends.

And while the holiday lost most of its religious character by the end of the 19th century, even to this day it remains a relatively WASPy occasion in Canada, celebrated very little by ethnic minorities and hardly at all by francophones.

So the tableau that Thanksgiving calls to mind — Pilgrims and Indigenous people sharing turkey and pumpkins under the autumn forest canopy — is not so much a quaint recreation of a historical scene as it is an ideologically charged symbol derived from the cultural concerns of Protestant elites in the 19th century.

And it is a reminder that history is not an inert storehouse of knowledge; instead, it’s the stories people tell — and retell — about the past in order to make sense of the present.


Find out what's open and closed at Concordia for Thanksgiving 2016. Find out more about Concordia’s Department of History.