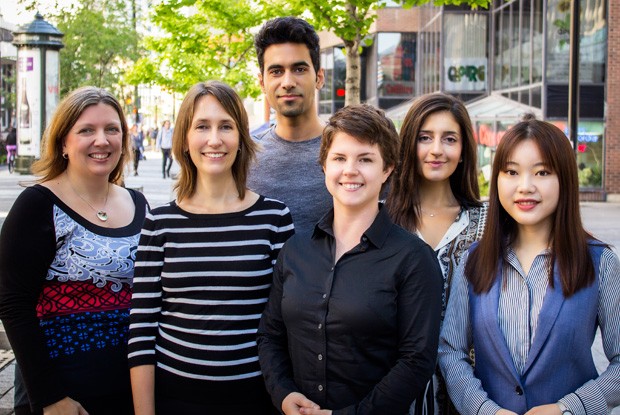 It’s a fact: roughly 80 per cent of PhD graduates will end up in non-academic jobs. How can they better prepare themselves to take the leap into the workforce?

A new series of workshops around leadership from Concordia’s GradProSkills aims to provide the tools they’ll need to thrive in their respective fields.

GradProSkills is a program that offers professional development workshops and resources designed specifically for graduate students.

Committed to responding accurately to students’ needs — especially those pursuing research-oriented degrees – the team at GradProSkills collaborated with the John Molson School of Business (JMSB) and McGill University’s SKILLSETS to conduct a thorough analysis of the most common underdeveloped leadership competencies among the graduate population.

“After collecting data from job postings, alumni and employers alike, we were able to tailor our offer to match the reality of candidates seeking positions outside of the professoriate,” says Frederica Martin, manager of Academic Programs and Development with the School of Graduate Studies at Concordia.

The series of seven workshops will focus on 11 skill sets, including problem-solving, team management and negotiation and persuasion. At the end of the introductory workshop, participants will have the opportunity to self-assess and isolate the competencies they want to develop in subsequent trainings.

Kathleen Boies, professor of management at JMSB and the Concordia University Research Chair in Leadership Development, was a lead in the project. She says a foundational assumption behind the series is that leadership is a role for which anybody can be trained.

“Expressed through behaviours, it demands a high degree of self-reflection in order to be perfected.”

The evidence-based approach used in the workshops taps into an array of methodologies.

“It was important that our program be student-centred,” adds Yixin Peng, an educational technology intern who acted as the instructional designer for the series. “This is why we incorporated practical case studies, videos and real-life scenarios for participants to play out, so that they can receive immediate feedback on what they just applied.”

Supported by a $93,000 grant from Entente Canada–Quebec, the series is the first in Canada to be designed specifically for graduate students.

Its development was highly collaborative, drawing on the expertise of staff, students and professors tied to JMSB and the Department of Education, SKILLSETS and GradProSkills.

Graduate students from Concordia and McGill can now register for the workshops through their respective professional development programs.