‘They found a way to grow into global citizens’ 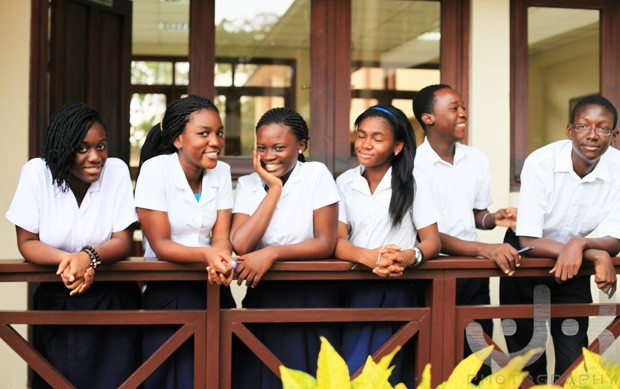 Last summer, three commerce students from the John Molson School of Business (JMSB) travelled to Accra, the capital of Ghana. When they stepped out of the airport, they were amazed by the hubbub — that heady mix of energy, sun, noise and commotion that characterizes many parts of urban Africa.

“The vitality and chaos was really exciting,” says recent graduate Antoine Landriault Arbour (BComm, 16), who, along with his classmates Paul-Henri Grange (BComm, 16) and Carolina Serrat were part of the Kenneth Woods Portfolio Management Program (KWPMP) at Concordia.

They were in Ghana from early June to early July to lead a series of entrepreneurial seminars for underprivileged students at the SOS Hermann Gmeiner College in the city of Tema, 30 minutes by car from Accra. The initiative came from the KWPMP students’ desire for community engagement.

Reena Atanasiadis is a senior lecturer in finance and director of the KWPMP. She says the Kenneth Woods students jumped on the opportunity to “give back” after one of the mentors for the program, Harold Scheer (BComm, 82) suggested they work with SOS Children’s Villages Canada.

“He proposed that students lead the seminars and the idea really caught on,” Atanasiadis adds.

Scheer’s connections at SOS helped the plan become reality, as did travel funding from another alumnus, Richard Paterson (BComm, 64).

“The SOS village school in Ghana is a great fit because their International Baccalaureate program draws the best students from all over Africa,” says Scheer, president of Baker Gilmore & Associates Inc. and Quebec deputy chair for SOS Children’s Villages Canada.

Scheer and his wife, Ewa went to Tema in March of this year to do some reconnaissance.

“Africa has its challenges, and I just wanted to make sure it was the right environment for our students,” says the commerce alumnus, who is also a KWPMP client committee member.

“Ghana is relatively safe and, like most places in the region, the SOS college is a gated community.”

The KWPMP students were hosted in a guest house in a residential compound, just a five-minute drive from campus. During that short commute through Tema every day, they saw the poverty.

“There were goats and chickens on the road, and people trying to sell coconuts and corn,” says Grange, who is currently doing his master’s degree in finance at the London School of Business and Finance. “That was quite a contrast to the college, where the students are given laptops and there are white boards.”

The Kenneth Woods students led a class of 30 Africans between the ages of 17 and 19. There were daily lectures on topics like market research, competitive analysis, budgeting, accounting, marketing and pitching. Classes covered theory as well as case studies and there was plenty of homework. 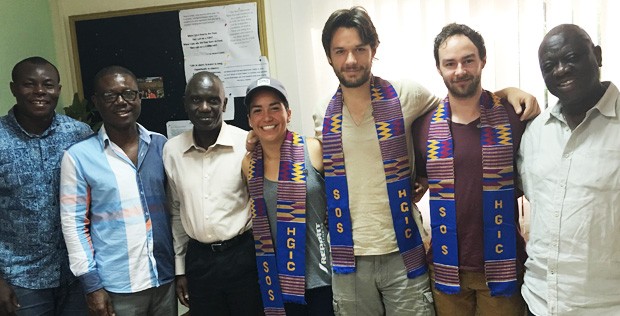 “We also arranged for local business owners and CEOs to come as guest speakers,” says Landriault Arbour, who is working in Montreal as an investment-banking analyst at RBC Capital Markets. He and his fellow KWPMP classmates sought out leaders from a variety of industries, including agriculture, technology, law and finance.

Throughout the regular school year, classes at SOS Hermann Gmeiner College are typically a mix of students from affluent African families who can pay the steep tuition and academically inclined orphans from SOS villages. The summer session, however, is different — the student body is made up almost exclusively of SOS pupils.

“They’re usually more shy, but we heard from other teachers that they really opened up to us this summer,” says Grange.

Students at the college formed small groups to develop entrepreneurial pitches, then presented their projects à la Dragon’s Den. Their pitches ran the gamut, from apps and an online travel agency to a network of reliable railways across Ghana.

One group created a business plan for a water treatment and transportation system for rural regions, while another group developed microfinancing for people without credit cards.

“Most of the projects had social impact,” says Grange. “I was really impressed by the school’s educational philosophy and approach, which is stated in their motto: ‘Knowledge in the service of Africa.’ There is so much opportunity there and so many motivated people.”

The KWPMP was launched in 2000 to provide a select group of undergraduate JMSB students with hands-on training in investment management by working with a real-life portfolio. A unique program in purpose and size, it was established with an initial investment of $1 million by Kenneth Woods (MBA, 75) in honour of the late Calvin C. Potter, a professor from the Department of Finance who inspired a whole generation of business students.

In 16 years, the students more than doubled the fund, reaching $2.3 million dollars.

“Only the elite students are chosen to participate in KWPMP. These kids are rising stars,” says Atanasiadis.

There are plans to repeat the Ghana initiative next year, and she points to the students themselves as the key factor behind the project’s success.

“The SOS Hermann Gmeiner College hopes we can send more teachers and expand the class size — maybe have two sections.”

Meanwhile Woods, who is personally involved with the program bearing his name, couldn’t be more proud of the students’ work in Ghana: “I’m so pleased that the students found a way to grow beyond portfolio managers into global citizens.”

Attend an information session for the Kenneth Woods Portfolio Management Program, on October 12 or 13.