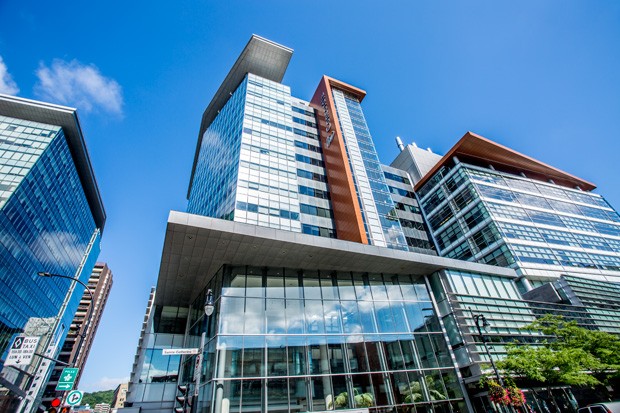 Last year, Concordia’s Department of Electrical and Computer Engineering (ECE) welcomed three new professors — Steve Shih, Habib Benali and Akshay Rathore — who are at the forefront of research in their chosen domains.

William Lynch, chair of the ECE, says Shih brings a high level of expertise in micro-fluidics to the university. “In particular for lab-on-chip technologies and its applications, he has made strong contributions in a field with exciting applications in synthetic biology.”

Lynch recognizes Benali as a pioneer in neuroimaging. “He will provide leadership to the research enterprise in the department, the Faculty and through the PERFORM Centre, where he recently accepted the role of interim scientific director.”

Rathore is an expert in power electronics and power converters, who joined the department's Power Electronics and Energy Research (PEER) group after six years at the National University of Singapore.

With class around the corner, here’s a closer look at what these three professors have brought to Concordia.

Assistant professor in the Department of Electrical and Computer Engineering

Steve Shih comes to the university with an interdisciplinary background, having completed his Bachelor's in Electrical Engineering, his Master’s in Chemistry and his PhD in Biomedical Engineering.

While pursuing his doctorate at the University of Toronto, he was exposed to a new field called “microfluidics,” which essentially involves miniaturizing the lab-on-a-chip application, a device used to integrate several laboratory functions onto a single chip as small as a few nanoliters of fluid.

“After my PhD, I wanted to find a killer application for this technology. I therefore pursued a postdoctoral position related to synthetic biology,” says Shih. He joined the Joint BioEnergy Institute where he worked for two years developing new technologies to advance the research and development of biofuels.

Now an assistant professor in the ECE, Shih is affiliated with the Centre for Applied Synthetic Biology and leads a research program that entails the integration of new technologies for synthetic biology.

“The best part of my job is that I am a member of an exciting research group with bright and energetic students,” he says. “It is what I look forward to every day.”

Presently, Shih’s work interfaces biology, chemistry and engineering to solve problems in areas of health and energy. His focus is on the development of microfluidic technology that will automate the synthetic biology process.

Heading into his second term at Concordia, Shih has many aspirations.

“I want to be able to successfully develop technologies that will be useful for other areas like cancer and not just in synthetic biology. I want to bring awareness that biology and engineering must coexist to solve some of society’s major challenges. And I want to inspire many Concordia graduates by painting a richer picture of careers so that they can achieve their own dreams and ambitions.”

Professor in the Department of Electrical and Computer Engineering

Habib Benali is an internationally renowned scientist from Paris who has received multiple distinctions and research awards for his work on multimodal imaging and computational modelling.

After receiving his PhD in Applied Mathematics from the University of Rennes in 1985, Benali pursued a career in medical imaging at the French National Institute of Health and Medical Research (INSERM).

In 2007 Benali co-founded the International Laboratory of Neuroimaging and Modelisation (LINeM), a collaboration of lNSERM and Université Pierre et Marie Curie and Université de Montréal.

“I have developed extensive collaborations with a large number of researchers in neuroscience in Montreal and around the world,” says Benali.  “The creation of LINeM will serve to further consolidate the relationships, links and synergy I have established and fostered with my collaborators in Quebec over the last several years.”

Currently Benali is a professor in the ECE. He is also the newly appointed interim scientific director of the PERFORM Centre, a clinical research facility at Concordia that explores physical activity, nutrition and lifestyle.

At present, Benali’s research centres on the human brain. His expertise is in computational modelling and functional connectivity analysis using multimodal analysis of electromagnetic and hemodynamic processes.

“My research will build on the existing facilities and unique expertise at Concordia, which include a state-of-the-art imaging suite that is structured to conduct cutting-edge preventive health research,” says Benali.

As the summer draws to a close and another academic year is set to begin, Benali looks forward to his new leadership role at Concordia.

“I would like to provide the scientific direction to make PERFORM a world leader in research, education and community involvement for better health.”

Associate professor in the Department of Electrical and Computer Engineering

Akshay Rathore’s research has brought him to many corners of the globe. He received his Master’s in Electrical Machines and Drives from Banaras Hindu University in India and his PhD in Power Electronics from the University of Victoria.

After two postdoctoral appointments, with the University of Wuppertal in Germany and the University of Illinois at Chicago, Rathore began a six-year teaching stint at the National University of Singapore . He came to Montreal last March where he accepted a position as an associate professor with the ECE.

“Concordia is a reputed university and has a history in power electronics,” Rathore says. “The department at present is well known and the faculty is well accomplished.”

Now, with the beginning of classes just around the corner, Rathore is looking to make his mark through his affiliation with PEER — a research group that has been offering students and established engineers a curriculum in static power converters and machines since 1986.

“I aspire to develop a competitive research program in power electronics at Concordia and achieve recognition alongside my peers.”

Find out more about Concordia’s Department of Electrical and Computer Engineering.