‘You are probably their next target’

Enn Raudsepp, professor emeritus and former chair of Concordia’s Department of Journalism, is hosting a book launch at the Atwater Library (1200 Atwater Ave.), on Friday, September 16, at 6:15 p.m. 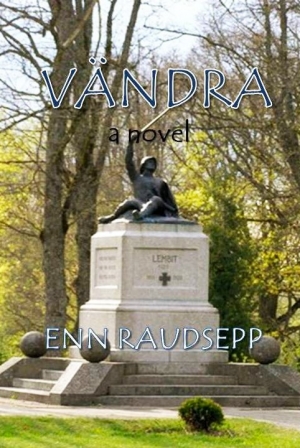 His first novel, Vändra (Lakeshore Press), tells the story of a pastor and his family in Estonia during the Second World War. He gets caught up in the fighting and has to make a difficult decision that will affect the lives of those around him. The following is an excerpt from the first chapter.

Kingsepp had been living on tenterhooks for the past month, after the overnight arrest and immediate deportation to Siberia of eleven villagers considered to be “anti-Soviet bourgeois elements,” a category to which he belonged by virtue of his position. There hadn’t been any warning, and the pastor had not known anything about the purge until the following morning when two members of the church council had arrived at the rectory intending to console his wife, and were surprised to find him eating breakfast with his family. “We were sure you would be among the victims, Pastor,” Anton Männik, the council chairman, said as Valter Vilde slowly nodded in the background. “There was no announcement, of course, so we’re still trying to figure out how many people have been arrested.” As the men filled the pastor in on what had happened, they could see that he and his wife were stunned. “They’ve been taken away already?” the pastor asked as if in a daze. “What about their families? ... Isn’t there anything we can do?”

No one spoke. Given what they had heard about arrests in other parts of the country, they knew that the only thing they could do was to pray for the victims. Mr. Männik broke the silence. “I’m sorry to say this, Pastor, but I guess you realize that you are probably their next target. You’re going to have to be extra careful from now on.”  “Oh, Karla,” his wife had said. “We have to get away from here.”

Smiling wanly, the pastor had responded: “Where would we go, Evely?”

The news of the unexpected purge had hit the pastor like a sucker punch to the solar plexus. For the rest of the day he had stumbled around the rectory, unable to talk to anyone. That evening, he rallied slightly to help settle down the children, but instead of getting ready for bed, he then had started to gather some of his things and a couple of blankets and a pillow. “What are you doing, Karla?” Evely had asked. He walked over to Evely’s side of the bed, put his arms around her, and gave her a lingering kiss.

“I can’t just wait here for the knock on the door,” he said. “I’m going to sleep in the hayloft in the barn. That way, I might still have a chance to get away.”

“Well, I’m not going to leave the children,” Evely said. “You don’t have to,” Karl responded. “They’re not after you. Let’s hope I’ll be back in the morning.”