The dark side of Pokémon Go

For fans of the game, software updates may be the least of their problems. Concordia's Fenwick McKelvey investigates
|
By Meagan Boisse 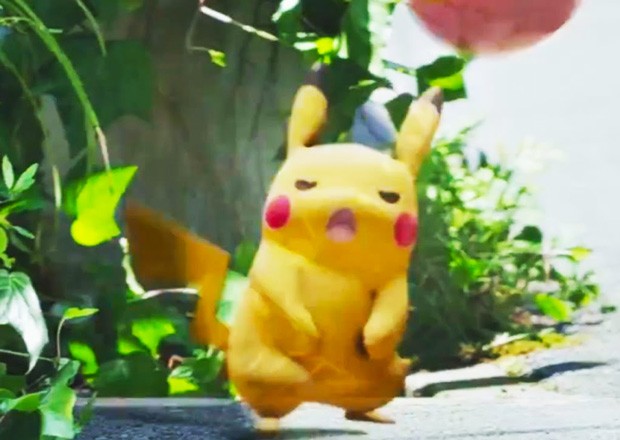 Fenwick McKelvey: "If Niantic gets hacked, where's all that data going to go?”

This week, countless Pokémon Go “trainers” have been expressing their disappointment with Niantic’s recent software update to its popular augmented reality game.

The developer decided to remove Pokémon Go’s own buggy in-game tracker (which helped players locate nearby Pokémon via a footsteps feature) as part of the update. At the same time, it also shut down popular third-party apps, such as Pokevision, designed to help users deal with the glitch.

“I was regularly using Pokevision because the in-game tracker was broken for a while, before they decided to completely take it out in the last update,” says player Marianne Côté, a graduate student in Media Studies at Concordia.

“Niantic said that such trackers could take the fun out of the game, but for me it was quite the contrary,” she adds. “It’s definitely better than roaming aimlessly hoping that you'll catch something other than a pidgey."

Fenwick McKelvey, a professor in Concordia’s Department of Communication Studies, warns that people should be more concerned about the legal and social ramifications of the game itself than about the unpopular changes by Niantic.

“Anyone who agrees to play Pokémon Go also agrees to opt in, which means you waive your legal rights to sue Niantic and instead you automatically opt into binding arbitration,” says McKelvey.

The only way to opt out requires users to read a complicated contract filled with legalese before sending an email to the company.

“Waiving my legal rights to a court case in favour of binding arbitration is really a heavy decision,” says McKelvey. “The fact that it’s automatically made for me in the fine print of a contract about terms of service which I don’t read is really important and not made clear enough.”

While Pokémon Go is a far cry from the only popular app with a binding arbitration clause in its terms of service, it remains one of the biggest, having just reached its 100 millionth download. And the legal consequences that come alongside the game may be just the tip of the iceberg. 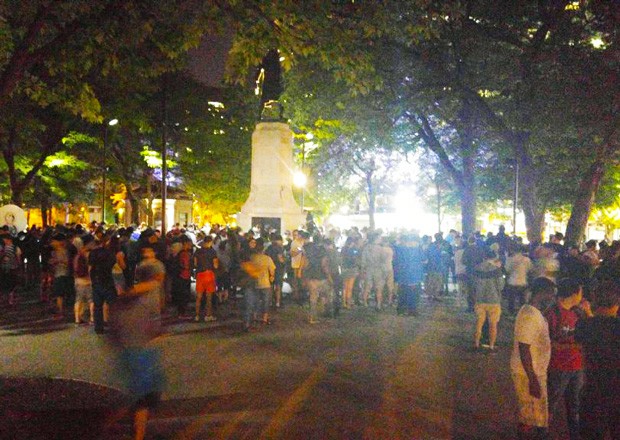 A data gold mine

According to McKelvey, there are ongoing concerns about the data being collected from Pokémon Go, and whether Niantic is harvesting and potentially selling it.

“Right now Niantic is sitting on the hugely profitable potential of strategically locating PokéStops; in the future you can imagine that these stops will bring in big money if, say, they enter into a partnership with McDonalds — we've no sense of how it will work.”

While McKelvey concedes that playing Pokémon Go can be great fun, it highlights problems surrounding the value of data. “What Pokémon Goers are essentially doing is working for Niantic by mapping a new layer of reality that only they own and understand. That's going to be incredibly valuable and raises great concerns over concentration of knowledge and oversight — for instance, what happens if Niantic gets hacked, where's all that data going to go?”

Moreover, Niantic is a small company. LinkedIn currently lists it as having between 11 and 50 employees, and McKelvey notes that they are ill-equipped to deal with the huge viral success of Pokémon Go and all the implications that come with it.

“The terrifying thing is the concentration of wealth some of these systems have,” he says. “Niantic only has something like 40 employees. It's small, probably overwhelmed, and is frantically trying to figure out a better strategy. There are legitimate governance questions that are being under-resourced.”

‘The status quo is deeply inequitable’

On top of all this, there has been recent speculation the game is perpetuating social inequities through the placement of its PokéStops, intensifying ongoing concerns over data discrimination.

What has been noted is that poorer neighbourhoods tend to have fewer PokéStops than affluent ones. This is mostly chalked up to the fact that locations for Pokémon Go were crowdsourced via an earlier augmented reality game called Ingress, which was popular among a much smaller, affluent and tech-savvy audience.

“It’s not a deliberate discrimination — what we have to realize is that the status quo is deeply inequitable and that when we have systems that are generated from the status quo they replicate those inequities. It speaks to a need for policy or interventions that overcome these digital inequities,” says McKelvey. His own plans to research the potentially divisive nature of PokéStops within Canada were halted due to the change in Niantic’s application programming interface (API), which sealed off access to essential data. 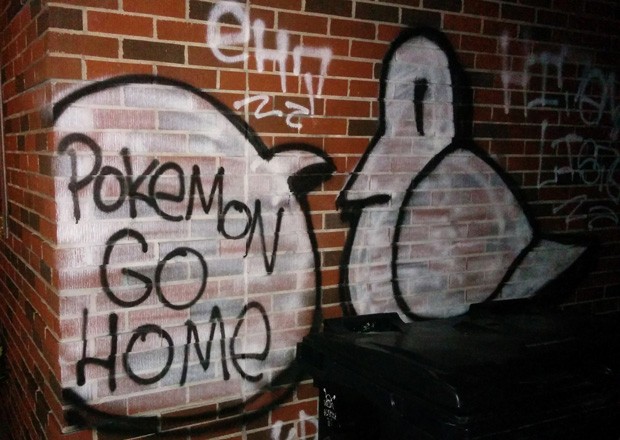 To make matters more troubling, PokéStops have also been cropping up in what many feel are some incredibly inappropriate places. From people going hunting in the Auschwitz death camp to PokéStops being located on sacred indigenous burial sites, the game has sparked serious backlash.

“Unintentionally or not, some people are being pushed out as a result of a decision that Niantic made to automatically generate all these PokéStops,” McKelvey says.

Montreal’s own Cabot Square, which has a history of being a site where indigenous people gather, has now become a PokéStop.

“Last Monday, we went to Cabot Square with friends, which was apparently an ideal spot for players,” says Côté. “There were at least 100 people gathered at a spot that had five PokéStops tightly knit together, and a few were moving around depending on which Pokémon spawned nearby. It was crazy.”

McKelvey wonders what the threshold is.

Find out more about Communication Studies at Concordia.