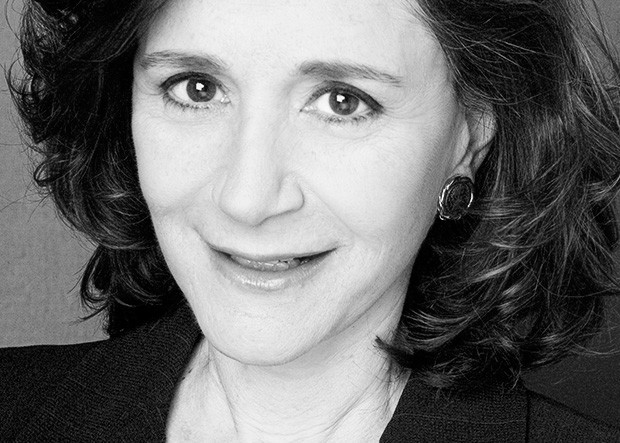 "Strangely, or so it seems now, the subject of why there were no women professors was taboo," remembers MIT professor and best-selling author Sherry Turkle. | Photo by Peter Urban

At this year’s spring convocation ceremonies, Concordia is welcoming nine new honorands: a scholar of gender history, Canada’s Governor General, a drug addiction researcher, a social scientist, an entrepreneur, a Darwin collector, a philanthropic engineer, an inventor, and a film producer and leading LGBTQ advocate.

The distinguished honorary doctorates who are joining the Class of 2016 will address the university’s more than 6,300 graduates during the ceremonies at Place des Arts, from June 6 to 8. In anticipation of the worldly advice to come, here are stories from eight of the spring honorands about the learning experiences that shaped them — as people and professionals.

Although both my parents were high school history teachers, I decided I wanted to be a historian in college. There I was inspired by the excitement and energy of a professor named Frank Manuel who taught the introductory “Western Civilization” course, as well as courses in intellectual history.

It wasn't the facts I learned that drew me to the field, but the idea that one could think critically about them.

Manuel taught us to read beneath the surface, to dissect ideas and events and to question prevailing interpretations. The point was not to reproduce what was already known, but to encounter the unknown. It was in that encounter that one could discover the difficulty and the ultimate pleasure of thinking.

As a student at Concordia (Sir George Williams University at the time) I enjoyed many moments that gave me a head start in my career in film and television production. I was fortunate to learn from two great teachers: Judith Buckner and Mark Blanford.

Judith was an amazing mentor who took film history and production seriously. A great writer and warm person, she really took the time to encourage me.

The second was Mark Blanford who taught me on the production side. He especially stressed the importance of story and network quality production. He once took me aside and said, “You’re a good director, but you’re one of the best young producers I’ve ever seen.”

My career was started by these two amazing teachers. More than 100 movies and over 600 network episodes later, I can look back and say my experience at Concordia laid the foundation that allowed me to succeed in Hollywood and beyond.

Working for your father when you’re 13 years old and making $0.65 an hour dipping hot steel into an oil vat taught me two things: the value of hard work and the value of education.

I admired my father who built three businesses and I wanted to emulate him. Engineering was a means to an end for me. What I really wanted to do was get an MBA then work for a few years to gain the experience necessary to start my own company.

I loved my time in the MBA program. The professors were larger-than-life characters to me, and to study with them was like drinking water from a firehose. I have never worked as hard as I did during that time. I was coming from a unilingual French background and having to learn English at the same time as I was completing my MBA and becoming a father — while my wife went back to school to get her Master’s in Nuclear Engineering. It was the best of times!

I was fortunate to spend much of my childhood surrounded by teachers. My sisters, my stepmother, my dad were all teachers. While they all taught me something of value, it was my dad who taught me the deep life lessons that I carry with me still today.

He was a pioneer in self-paced learning and became an entrepreneur later in life, creating a software company for post-secondary institutions. This, by the way, was back when there were mainframe computers and nobody had desktops.

The program he developed was based on his PhD thesis, which asserted that we all learn at our own speed and in our own ways — innovative thinking for back then, and now becoming increasingly accepted as the standard in today's educational systems.

My dad never failed to take an important moment in life and use it to form the foundation of a lesson that, in turn, helped shape my view of the moment. Whether it was teaching me the principles of honesty or allowing me to see the daily challenges of life for what they were, he was always guiding.

What was best about his lessons, however, wasn’t that he gave me the answers to the test of life. He didn't. Instead he forced me to think, to find the lesson for myself. He would frame questions in a way that helped me see any situation I was in at the time differently.

He coached us on the importance of critical thinking, and the value of information only as it related to forming our own opinions. Free agency was his mantra and a right I believe strongly in protecting for all humans.

Life's lessons can be hard. But when you have a life teacher by your side you learn that hard isn't impossible. It's all about understanding the moments for what they are — experiences from which to grow.

You’re never too old or too accomplished to get a lesson in humility. I learned a valuable one in the early 1980s when I co-chaired United Way Centraide’s annual fundraising campaign in Montreal.

Until then — I’m still chagrined to admit — I had not really known the city of Montreal in which I lived and worked. I didn’t realize the depth of need outside of my immediate circle. I didn’t know that one of every four boys in East Montreal had never been read to by age five. I didn’t know how many kids went to school every day hungry and malnourished.

Learning about the depth of need that existed in the city in which I lived was a formative learning experience. And learning how I could help, through involvement with the Centraide campaign, was a lesson in caring I’ll never forget.

His Excellency the Right Honourable David Johnston, Governor General of Canada, addresses Concordia’s Faculty of Arts and Science at 7:30 p.m. on Monday, June 6.

When I was an undergraduate at Harvard in the 1960s, there were no women tenured professors. One woman who I revered — Judith Shklar, a political theorist — was a tenured lecturer. We didn’t quite understand the difference but we knew there was one.

When I got to graduate school, things were no different. I was in the Harvard Department of Sociology and David Riesman, the great American sociologist and author of The Lonely Crowd, was my mentor.

I loved sociology. I wanted to grow up and be like Riesman, a commentator on American society and culture, someone who spoke not just to academic audiences but to a larger public. And I so much wanted to be a professor.

Strangely, or so it seems now, the subject of why there were no women professors was taboo. But finally I gathered my courage and brought it up with Riesman.

I explained that I did not have family resources that would support me. I needed to get a job. I needed to earn a living. Did he think I could make a living teaching in a university? Riesman did not take the question lightly. He said that the situation was not good but it was getting better, and that I should be part of the movement to make it better. I had the talent and tenacity.

He did not romanticize my situation or my gifts. He told me I had work to do and that he had confidence in me. The moment doesn’t sound like much but it has sustained me.

Aaron Fish finds the key to his own business

I was brought up on Saint-Urbain Street, just a little north of Pine Avenue. My formal education ended at Baron Byng High School in 1949. I was happy to get a school leaving. It was a wonderful experience. We had phenomenal teachers. They kept us interested. We had music, we had art, we had gym, we had woodworking. It was a different ball game than what students have today.

My dream was to go to MIT for mechanical and electrical engineering, but I didn't have the marks. I could have overcome that obstacle, but by the end of the summer my mother told me, “If you want to eat, you had better go to work!” I was 17 when I started my own business with $20 and a bicycle, pedaling key blanks on Saint Laurent Boulevard.

I started cutting keys when I was eight years old. My father was a locksmith, so I knew the industry. It was my love and my passion.

During the summers while I was studying at Sir George Williams University (now Concordia) I had many different jobs. One summer I worked at a construction chemical company that specialized in sealing underground leaks. We had jobs in the metro, the Louis-Hippolyte Lafontaine Bridge-Tunnel, the Saint Lambert Locks, among other locations.

At the Longue-Pointe army base, we had a job sealing leaks in the underground steam tunnels. The temperature was over 65 C in the tunnels, and we had to deal with the constant rumble of army tanks driving overhead.

As a result of the work I had done, the president of the company decided that I should set up a construction chemical research laboratory, while continuing my university studies. We rented a little basement space near Guy Street and Dorchester Boulevard (now René-Lévesque Boulevard).

Our entrance to the lab was off a parking lot on Mackay Street, just down from the brand new Henry F. Hall Building. We spent many hours in this lab and I remember looking up through a dusty window at Place Ville Marie, thinking how unbelievable it would be to have a job in an office tower.

After graduation I spent a year working in sales at a large pharmaceutical company. Then I joined the Royal Securities Corporation, working in a large open office on the top floor of Place Victoria. I was just a trainee but I went to a big office every morning. I was on top of the world!

Consult the complete Concordia spring 2016 convocation schedule, and be sure to share your thoughts and photos on social media: #CUgrad and #CUalumni.