How to be an ally against transphobia 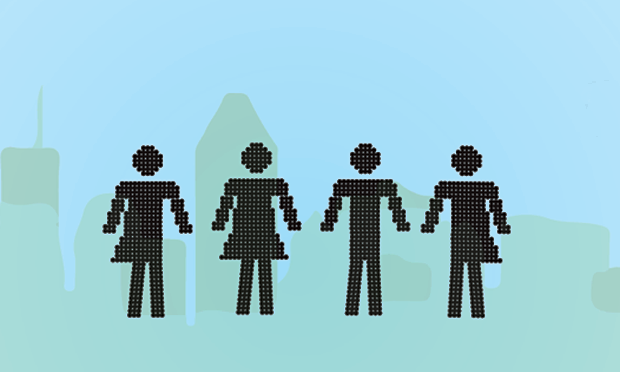 In advance of International Day Against Homophobia, Transphobia and Biphobia on May 17, in the wake of a case of suspected arson at a Quebec gender reassignment clinic, and in the midst of an ongoing legal battle in North Carolina over the so-called "bathroom bill," a group of Concordia students is aiming to educate the public about transphobia.

Master’s students from the Educational Technology Program are hoping to raise awareness about the issues facing trans people, while teaching cisgender people how to be allies.

“Trans*Allied” was created as part of a student project in assistant professor Giuliana Cucinelli’s Digital Media in Education class. “For the final project, I assign DiscoTech (which stands for Discovering Technology),” explains Cucinelli. “The purpose of this assignment is for students to work together to find a social issue, then suggest a solution for that issue which integrates technology.”

What exactly is transphobia?

The Trans*Allied team were originally assigned the topic of “LGBTQ and Civil Liberties,” but they decided to narrow their focus to the “T” in LGBTQ.

“We decided to settle on the ‘T’ because admittedly we were not quite sure what this was,” says team member Brian Sellors. “Sure, I had heard the word ‘trans’ before, but was I aware of the issues and injustices these people face on a daily basis? No.”

Fellow Trans*Allied creator Mat Schatkowsky agrees the team has come a long way since taking on the project. “After our initial meetings, we really fell down a rabbit hole where we learned more about trans people than we ever expected.”

As the group became more and more involved in the project, they came up with various ways to raise awareness. The final product involves several components.

“Each part of the project tells a different story,” says Sellors. “The poster, for example, is trying to send the message that very early on we assign a gender without considering how that person feels about it. The infographic clearly illustrates how serious the issues are by providing shocking statistics and some quick tips on how to help.”

The team also produced a video which shows them asking men and women on the street a series of seemingly innocuous questions (Are you a man or a woman?), which become increasingly intrusive (How do you look when you get undressed? Who do you have sex with? How do you have sex?).

“These questions are typically asked of trans people, but instead we directed these questions to people on the street, and invited viewers to put themselves in a trans person’s shoes,” says Sellors. “The general consensus being, it is none of your business.”

The importance of listening

The project also designed a social media campaign, #ipledgetolisten, to create further awareness. “We are actively asking people to do the most important thing: listen,” Sellors says. “This means to listen to and hear those individuals in the trans community who are facing problems on a daily basis.”

The problems facing many trans individuals are real and serious, Sellors says, pointing out that they are statistically more likely to consider suicide at some point. “There is something wrong with that,” he adds.

DiscoTech teams are encouraged to collaborate with community-based groups and NGOs for their projects, and the Trans*Allied team got a helping hand from the Centre for Gender Advocacy’s Gabrielle Bouchard, coordinator of their Peer Support and Trans Advocacy Program.

“I made sure to give them as much info as possible on the best practices, but also on the very bad projects out there,” says Bouchard. “We wanted to make sure that the project would represent the full diversity of trans experiences and not fall within the stereotypes still so present out there.”

Bouchard says by keeping clear of those stereotypes, the students were able to create something “new and innovative.”

The project was so successful that the Centre is now planning to use its posters, video and online project in future workshops. “I have told Gabrielle that if she needs any help in the future with posters, designs or videos that I would be happy to help,” says Sellors.

Anyone can be an ally

Schatkowsky is hopeful the project will lead to more cisgender people becoming trans allies. “Any type of person who speaks up when they hear something that just doesn’t seem right is an ally,” he says. “It’s easy for most of us to keep the blinders on, or our earbuds in, and to just focus on getting through the day. However, if you look at our video where we asked ‘regular’ people on the street questions trans people face on a daily basis, it’s apparent that it is a lot harder for some to ‘get through the day’ than it is for others.”

Schatkowsky says since becoming involved in the project, he’s now correcting friends and family he catches making ignorant or insensitive remarks. “At worst, [these remarks are] perpetuating inaccurate stereotypes that could push an already vulnerable member of society into doing something to themselves,” Schatkowsky says.

For her part, Cucinelli couldn’t be prouder of her students. “There is so much emphasis at Concordia on connecting classrooms to the broader community, and I think this is a brilliant example,” she says. “There isn’t much being shown in terms of master’s level class projects on this topic, and I am thrilled to see what the Trans*Allied group has accomplished after all their hard work.”

Bouchard concurs. “We believe this can bring true change in how people see themselves as allies. I wish all students wanting to do work on trans issues would have the dedication and care this team had during our time together. They were gems, and the whole world should know about it.”

International Day Against Homophobia, Transphobia and Biphobia is May 17. To learn more about the Trans*Allied project, contact the Centre for Gender Advocacy.