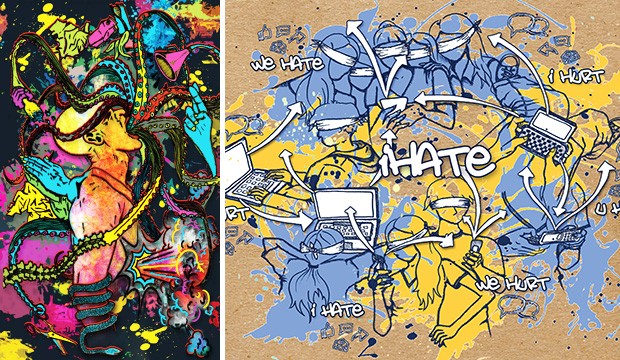 “If we can sensitize the broad public to hate speech’s dangerous effects using the power of democratic online spaces, we can make a positive impact on society,” says Vivek Venkatesh. | Images courtesy of SOMEONE

With Donald Trump now the presumptive Republican nominee for the president of the United States, angry online rhetoric is front of mind for many Americans.

Hate speech is any speech, gesture, conduct, writing or display that could incite violence against, disparage or intimidate an individual or group. And it’s taking over the internet.

One group of researchers based at Concordia is working to curb hate speech through the SOMEONE (SOcial Media EducatiON Every day) initiative, created to sensitize youth, educators and the broader public to patterns of online hostility. The researchers’ goal: build resilience against hate speech and radicalization. How? Through social pedagogy that encourages the inclusive adoption of mobile and digital media in creating democratic online spaces. 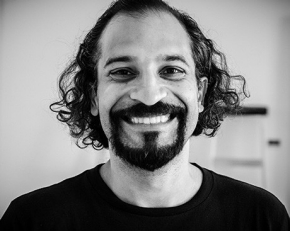 Under the leadership of Vivek Venkatesh, associate professor in the Department of Education, SOMEONE brings together partners* from across North America to develop an innovative web portal to serve those involved in promoting multiculturalism, counter-violence, resilience and prevention of extremism. It provides them with a host of curricular and multimedia materials designed to make the public aware of how hate groups use the internet to spread messages of radicalization and encourage violent extremism.

The site features tips and best practices on the use of social media among children, how to combat discrimination in our everyday lives and how to recognize the triggers of hate speech.

It also houses animated content to show teachers and community leaders how to use social media to build resilience to extremist rhetoric among students, plus videos depicting public panel discussions held in Europe and North America, as well as first-hand accounts of discrimination.

Venkatesh is well-prepared to lead the multidisciplinary team.

Over the course of his research, he has monitored white supremacist blogs and forums, watching as postings spurred participants to embrace xenophobic ideologies. He’s also followed the rise of racist rhetoric on social media, cataloguing the cues that trigger hateful hashtags.

“My work in metal music studies has touched on questions of how scene members have fought against sterotypes and reframed their identities in a post-modern society. In addition, stakeholders in the extreme metal art form have successfully negotiated phenomena like maintaining authenticity in music production, the blurring of boundaries between artists and fans, and the impact of social-justice activism in the broader scene,” he says.

“The SOMEONE initiative is an ideal platform for me to explore how various scene members positively and pro-actively tackled the issue of discrimination in extreme metal music in reflective and critical ways.” 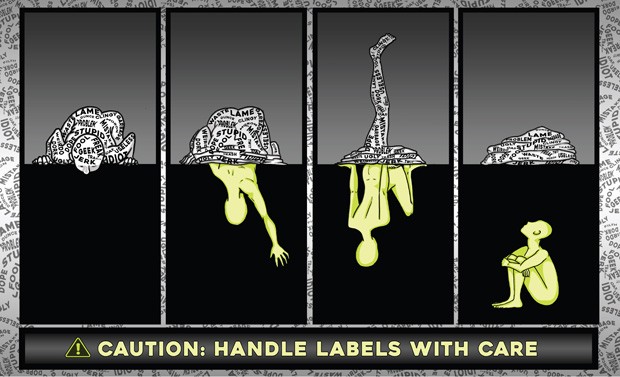 A design from the Learning to Hate: An Anti-Hate Comic Project. The online graphic resources investigate the ways in which hate speech is experienced and negotiated in the contemporary lives of youth.

Venkatesh and his colleagues want to help increase a sense of belonging by focusing on arts-based teaching methods — using music, theatre, poetry, drama, filmmaking, cartoons and other such art forms to help document and represent first-person narratives of how community members experience discrimination.

The initiative has already received worldwide attention, with Venkatesh sharing the project via public talks throughout Scandinavia as well as at the Council of Europe.

The SOMEONE team is now eager to build capacity locally and nationally, while keeping their sights set on participating in global conversations, such as the upcoming Global Media Forum, where Venkatesh will be speaking alongside colleagues from the Montreal Institute for Genocide and Human Rights Studies (MIGS) about the delicate balance between freedom of expression and hate speech.

Although SOMEONE may not be able to stop Donald Trump from ranting about Muslims and Mexicans, Venkatesh hopes it will sensitize the next generation of citizens to the insidious nature of hate speech.

“We need to help our communities worldwide to look at hate speech not just from a preventative standpoint, but from a social pedagogical standpoint. If we can sensitize ourselves to its dangerous effects, we can make a positive impact on society,” says Venkatesh.

The SOMEONE initiative will be launched officially on May 16, 2016 at noon at the offices of the Montreal Institute for Genocide and Human Rights Studies located in FB804 at 1250 rue Guy. Please send an email to migs@concordia.ca to indicate your interest in attending the launch.

*Partners in research: The SOMEONE web portal is made possible by $187,340 in funding awarded to Venkatesh and his research team from the Kanishka Project, a Public Safety Canada initiative supporting research on violent extremism and counterterrorism, as well as a $311,590 research grant from the Social Sciences and Humanities Research Council awarded to Venkatesh which is focused on developing information literacy and critical thinking in scholastic environments.

Learn more about Concordian Vivek Venkatesh’s research on the theatrics of hate speech with the SOMEONE (SOcial MediaEducatiON Every day) initiative.