The transit of Mercury: an astronomical ‘acrobatic feat’ 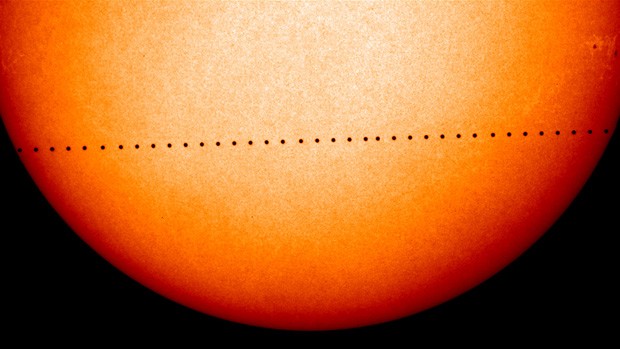 Mario D’Amico is a part-time professor in Concordia’s Department of Physics, who teaches the new “PHYS 284 - Introduction to Astronomy” course.

A planet — a wanderer in the sky as its etymology suggests — generally moves along its orbit without much adulation. However, on occasion, given rare but re-occurring conditions, it performs an acrobatic feat calling out for our attention.

Mercury, the most eccentric of wanderers, will be performing such a feat on May 9.

Like Mercury, the messenger of the Roman gods — also the patron god of money, luck and thievery — who’s often depicted wearing winged shoes to convey his speed, Mercury the planet is swift, metallic and can be deceivingly cold.

At night, temperatures on Mercury can reach -173 C, despite its proximity to the Sun. It is the closest planet to the Sun, the smallest and has the fastest orbital velocity of any planet. Mercury is also known for its high orbital eccentricity (not to be confused with the word “eccentric” — although somewhat related). Eccentricity is a measure of how much a planet’s orbit deviates from a perfect circle. Mercury is the planet with the most elliptical orbital of them all.

Another special feature of Mercury relative to us Earthlings is that Mercury is one of two inner planets — the other is Venus. From our perspective on Earth, inner planets are interesting because they occasionally pass directly between us and the Sun, forming an eclipse of sorts referred to as a planetary transit. 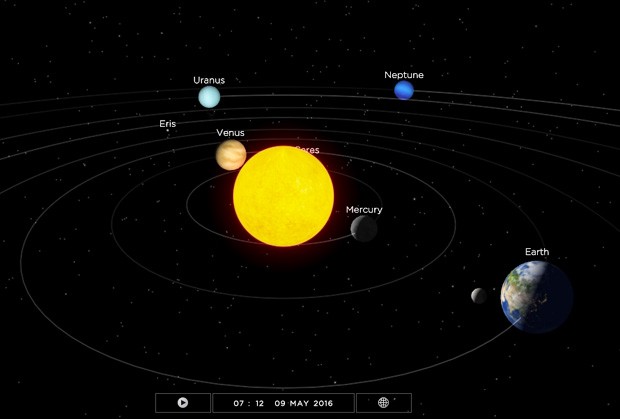 Planetary transits follow the same physical dynamics as a solar eclipse. During a solar eclipse, the moon passes between the Sun and Earth. For an eclipse or a transit to occur, two conditions must be met: the object (planet or moon) must pass between Earth and the Sun, and the object must intersect Earth’s orbital plane.

A way to imagine these two conditions, in the case of a solar eclipse, is to think of the moon positioned between the Sun and Earth. Clearly it is not enough for the moon to be in between — it must also be high enough along its orbital inclination to obscure the Sun’s rays. This only happens a few times a year.

Like a solar eclipse, viewing planetary transits depends on the geolocation of the viewer. Another aspect of eclipses shared by transits is that viewing must be done with care. In the case of a Mercury transit, you would have to look directly at the sun. This could be harmful if not approached with caution. A technique used to avoid direct viewing is to project the image from a telescope or binoculars onto a sheet of paper.

As interesting as it may be, and as much as Mercury calls for your attention, if you are unable to see this year’s transit (the third Mercury transit of this century), do not despair. You will soon have another opportunity.

Mercury will continue its flight as messenger to the gods while preparing for its next performance in 2019.