What do you want to see in Montreal's parks?

On March 12 and 13, Concordia professor Silvano De la Llata is leading a community design initiative for the city’s 375th birthday
|
By J. Latimer 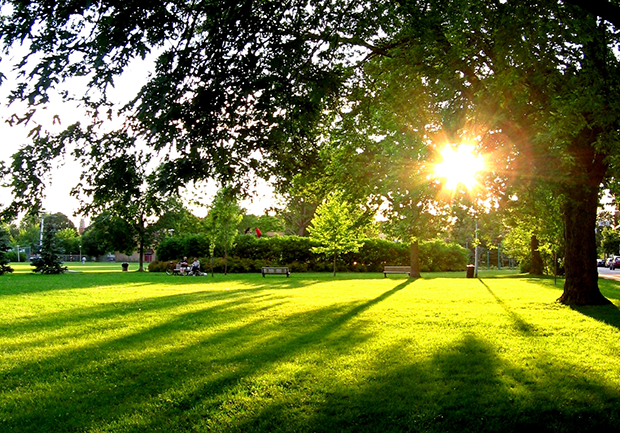 Silvano De la Llata: “The outcome could be, for example, a monument, a plaza or an art installation. They’ll be built and inaugurated in mid 2017 in the context of Montreal’s anniversary.” | Photo: Greenhem (Flickr CC)

As part of the lead up to Montreal’s 375th anniversary next year, residents are invited to join a participatory design event this weekend, March 12 and March 13, to create two new structures in Côtes-des-Neiges and Notre-Dame-de-Grâce (NDG) parks.

“The spirit of this project is that these two spaces, which will be collectively designed by the community, students and myself, represent the union between two culturally and historically different neighbourhoods as well as the dialogue between the past and the future of Montreal,” he says.

“The outcome could be, for example, a monument, a plaza or an art installation. They’ll be built and inaugurated in mid 2017 in the context of Montreal’s anniversary.”

Organizers are calling this weekend’s outreach event a “design charrette,” consisting of two day-long sessions, from 9 a.m. to 6 p.m., on site at the parks’ chalets.

“A charrette is an intensive participatory design exercise in which professionals, scholars and/or students facilitate the visioning and conceptualization of an urban space/project through a dialogue with the community,” says De la Llata. “This methodology, which we call ‘planning-in-situ’, involves conversations, presentations, walking tours, video-photographic analysis and sketching. We plan the space from within the space itself.”

The designated parks for the project are Notre-Dame-de-Grâce Park, on the corner of Girouard Ave. and Sherbrooke Street West, and Kent Park, at the corner of Chemin de la Côtes-des-Neiges and Kent.