On 'hybrid bodies': the complex lives of heart transplant survivors

For Heart Month, we checked in with Ingrid Bachmann, whose interdisciplinary team is adding a creative dimension to a surgical procedure
|
By Media Relations 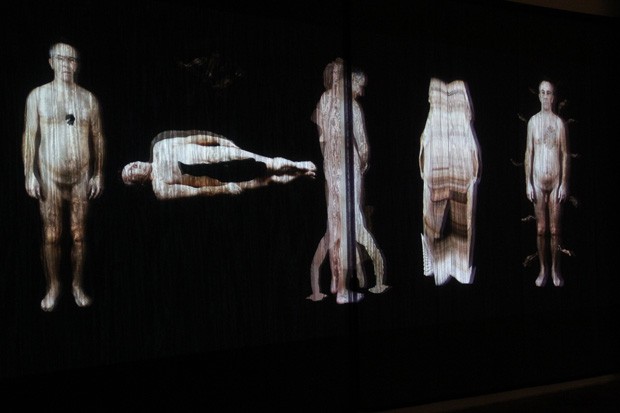 February is Heart Month in Canada — launched back in 1958 by the Heart and Stroke Foundation to remind Canadians of related health risks and to raise funds to support heart research.

It's an apposite time to catch up with Concordia researcher Ingrid Bachmann, an associate professor in the Department of Studio Arts, and one of four artists behind the multi-sensory project Hybrid Bodies, a collaboration with the University of Toronto-based Process of Incorporating a Transplanted Heart (PITH) medical research group.

Hybrid Bodies explores the emotional or psychological states of patients who have undergone heart transplant surgery, as well as examining cultural views on transplantation.

“We looked at how the arts can be used to give voice to heart transplant recipients' experiences, and how these experiences can be incorporated into public discourse,” said Bachmann in 2014, prior to a Hybrid Bodies exhibition at Montreal's Phi Centre.

In undertaking the project, they reviewed PITH video interviews with post-operation heart transplant recipients. Then they created works informed by these interviews and discussions with the medical team.

When Bachmann first saw the footage, she was struck by the small differences between words and actions.

“The patients may have said one thing about how they were feeling, but their actions told a different story. Transplant survivors live with paradoxes: the body needing the new heart, the immune system rejecting it; the immense gratitude in receiving the heart, the burden of knowing someone died in order for them to receive it.”

Bachmann stresses that the research conducted in Hybrid Bodies is neither art therapy nor medical illustration.

“My colleagues and I are working to help bring the complex cultural issues around this medical research to a larger public, and to broaden the discussion around transplantation.”

The project is innovative in that the artistic research has been undertaken not only in response to, but also in parallel with, the scientific research. The four artists have been in dialogue throughout the process, which has also been expanded to include heart transplant patients, their friends and their families.

Beyond the scientific and artistic communities involved in the project, family and friends of transplant patients are one of Hybrid Bodies' intended audiences.

The initial project was funded in part by the Social Sciences Humanities Research Council of Canada (SSHRC).

"It looks at the impact of anonymity on organ donor families," she explains.

Currently, the Hybrid Bodies team is preparing for an exhibition in August at Kunstkraftwerk in Leipzig, Germany.

Since exhibiting at the Phi Centre in 2014, the artistic results of the Hybrid Bodies project have been presented as part of the Flesh of the World exhibition at the University of Toronto Art Centre, the Heart and Minds exhibition in Dundee, Scotland, and at the Festival Internacional de Videoarte de Camagüey in Cuba.

The project team has also presented their work at nine academic conferences in the arts, sciences and humanities.

Find out more about Hybrid Bodies and the art of the heart tranplant.