The Jian Ghomeshi trial: ‘I worry that people look at this and say, ‘I will never report’’ 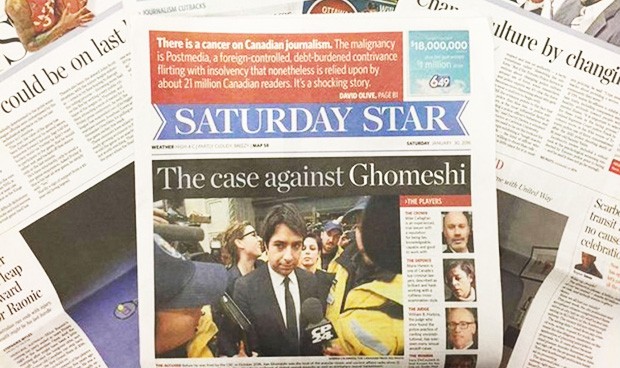 On Thursday morning, the Crown presented its closing arguments in the high-profile sexual assault case of former CBC host Jian Ghomeshi. The defence rested its case in the afternoon, and Justice William Horkins will deliver his verdict on March 24.

Critics have pointed to tactics used by Ghomeshi’s team — questioning the credibility of his accusers by highlighting their actions following the alleged incidents, and painting them as untruthful opportunists in search of fame — as proof that changes are needed in the way Canada’s justice system treats sexual assault cases.

Jennifer Drummond, coordinator of Concordia’s Sexual Assault Resource Centre (SARC), has been watching the proceedings closely. Here she reflects on how the case might affect how sexual assault cases are reported and dealt with in the future.

Do you agree that the defence’s strategy in this case points to a need for changes in the way Canada’s legal system handles sexual assault trials?

Jennifer Drummond: Yes. There have been amendments made to the Canadian Criminal Code known as the Rape Shield Laws. A definition of consent was also added into the Criminal Code, but despite these law reforms we are still seeing sexual assault cases being handled in an outdated and potentially harmful way.

Those changes to the law were made in order to prevent the defence from being able to ask questions based in rape myths, stereotypes and assumptions about sexual violence. For example, questions about prior sexual history, or using delayed disclosure as a means to discredit a witness.

To see the ways that this case is unfolding is really discouraging. The way that the defence is treating the witnesses, asking questions about unrelated personal details and behaviour before and after the assaults, and using all of this and gaps in memory to try and discredit the witnesses.

We know trauma affects people's memory — stress chemicals surge through your body in a traumatic incident and can actually change the brain. The brain focuses on what is necessary to survive, so some details aren’t going to register in the same way they would in a different context. So that needs to be taken into consideration, instead of used as a strategy by the defence to undermine credibility.

﻿﻿﻿Will this affect how sexual assaults are reported?

﻿JD: This is why it's so discouraging and frustrating to me watching this trial unfold: these women’s treatment on the stand is so present in the media, and so many people are seeing it. This will have an impact on survivors that are watching, and I worry that they are going to look at this and say, "Wow, I will never report. I would never put myself through this. It's awful."

A lot of people already feel that way, and I think this just reconfirms it.

﻿As coordinator of Concordia’s Sexual Assault Resource Centre, what would you say to survivors who haven't come forward?

﻿JD: I encourage people to come to SARC, to tell someone they trust, or to seek emotional help or someone to talk to.

For some people, going to the police is not something that they want to do, and there can be many reasons for that, reasons that should be respected. This can be a touchy subject — some people think that because sexual assault is a crime, you should really push people to report it.

I come from the perspective that it's up to the survivor, as there can be risks to reporting and going through that process, for example in terms of emotional well-being and, in some cases, physical safety.  Unfortunately, as statistics show us, very few reports of sexual violence lead to charges, even fewer go to trial or result in conviction.

A survivor needs to know the pros and cons of reporting. I encourage people to seek emotional help and then think through their options beyond that.

For some people, that might be reporting; for some, it won't be.

﻿What resources does Concordia offer?

﻿JD: We offer one-on-one support and we have a drop-in space, where people can find support from volunteers.

We also have group support and isolation-breaking activities. We have cookies and crafts every week, where people can come by and chit-chat, and it doesn't have to be about sexual assault; it can just be a way for people to connect to others who have gone through something similar. If they feel like talking about something related to their experience of sexual violence they can. If they don't, that's fine.

This term, we are also working on a photography project for survivors and their allies, which is going to result in an exhibition. It’s a way of getting the community talking about these issues, and provides an opportunity for people to learn about the impact of sexual violence and how they can better support survivors.

Other services for survivors include accompaniment, if survivors want to go to the police or the hospital, and referral. We refer survivors internally and externally, for example to Counselling and Psychological Services, Health Services or to the Office of Rights and Responsibilities, or to a therapist outside the university, or other community organizations that help survivors.

Drop by Concordia's Sexual Assault Resource Centre (GM-300.27) during office hours to access helpful information and support; you can also visit the SARC webpage for a schedule of workshops and events. The SARC's cookies and crafting evenings run every Wednesday until April 6, in Room H-300.24 of the Henry F. Hall Building.