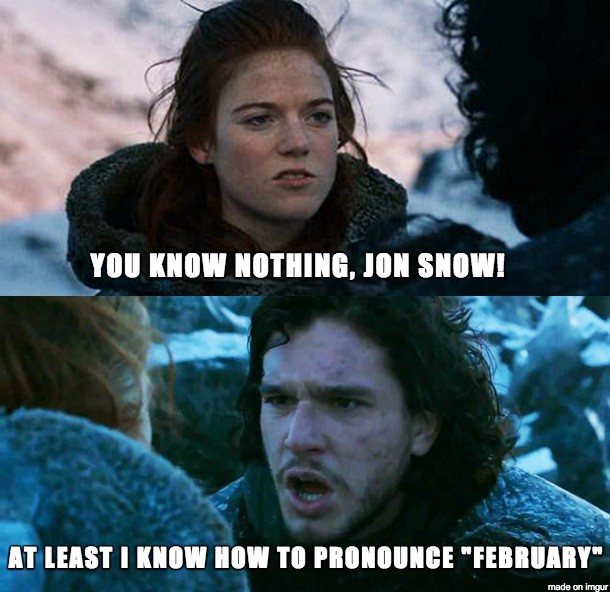 As many of the letters to the editor that get published in my hometown paper begin: People Want to Know!

In this case, People Want to Know what’s going on with Canadian pronunciation.

Let’s leave aside difficulties with non-English words and stick with the problems native speakers of Canadian English have with their first language: English-to-English snafus.

I’m leaving out acronyms like snafu, too, after your memo suggesting my New Year’s reso ought to involve a bar of soap and toothbrush. (“Drat,” Millicent murmured.) You might want to give up those Petit Robustos.

Pants in a twist over elocution? You’re not alone (well, we both know you are in real life, but not on the internet).

People get chapped over pronunciation because there’s a broader perceived standard involved. And linguistic standards are important to some people the way that border walls are to others. They mark inside and outside. Lots of people like it indoors.

In 2015, that jeremiadic national town crier, Maclean's, alerted us all to the perils of something called the Canadian Vowel Shift, or Canadian New Speak. About the creep from God to gawd, bagel to bahgel, and pillow to pellow. It suggests that language has once again excaped control.

An esplanation was handily provided by an eminent sociolinguist, who said that “Our vowels are getting higher and backer in the mouth, and it’s more widespread than we thought.”

The essay added, “These changes in the mouth are happening right under our noses.” (There’s one clever punster behind the pen of this Maclean's article, and her name is Meagan Campbell. Read her piece on Concordia’s library site.)

Which brings me around to my point: slip-ups and trip-ups are one part physical — some spellings are just too hard for normal tongue-teeth-lip operations to get out perfectly every time — and one part cultural, as a result of changing demographics.

But they also fall under the realm of linguistic play, just like their more sophisticated cousin, the pun.

Then, too, sometimes pronunciations are just tricky for no good reason. I went through an entire undergraduate term wondering who or what a Sinjin was: someone’s dog? A kind of tea? Pyjama brand?

Things change. So I say — you can wave the banner for precision, or you can schwa with it.

Laura Dunbar teaches composition and rhetoric in the Department of English. We also asked her "The 2015 Oxford Dictionaries 'word of the year' is an emoji. Does that make it fair game for essays?"

Find out more about writing courses at Concordia.