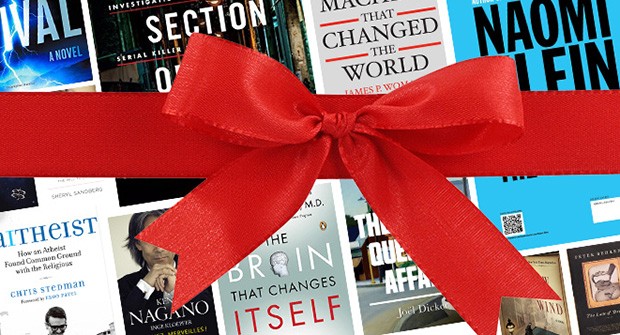 There’s nothing better than curling up in a comfy chair with a good book and a warm drink during the holiday season.

We asked a selection of Concordia students, staff and faculty to tell us about their top reads in 2015. From a comprehensive take on climate change to a graphic novel set in Turkey, there’s something for everyone in this holiday edition of our bi-annual book list. 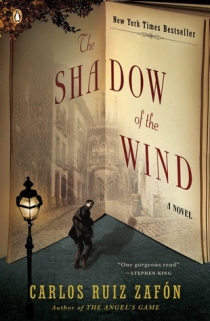 The Shadow of the Wind
Penguin, 2005
By Carlos Ruis Zafón, translated by Lucia Graves

Daniel, the son of a book dealer, discovers a mysterious book entitled The Shadow of the Wind in the Cemetery of Forgotten Books. He seeks out other works by the author, only to discover that someone has been systematically destroying every copy ever written. Filled with mystery and intrigue, this novel is beautifully written with unforgettable quotes. It will be hard to put down! 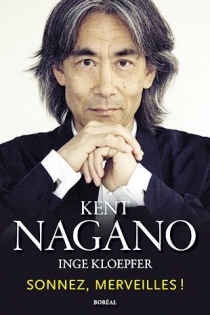 What is the role of classical music in our lives today? In a world of Facebook and instant communication, what does it offer us, and why is it important that we make time for it in our lives? Kent Nagano answers those questions in Sonnez, merveilles! Part autobiography, part clarion call, his book makes a case for why classical music not only enhances our lives, but is in fact a necessary component to what makes us human. 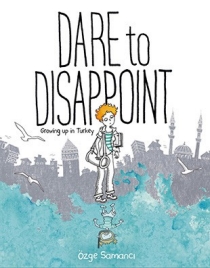 Dare to Disappoint: Growing Up in Turkey
Farrar, Straus and Giroux, 2015
By Ozge Samanci

This brilliantly illustrated graphic novel provides a vivid and witty portrayal of the near history of Turkey. As the main character grows up, trying to build an identity in a nation stirred by military coups, religious tension, ethnic oppression and economic pragmatism, the dysfunction of a whole society unfolds before your eyes. 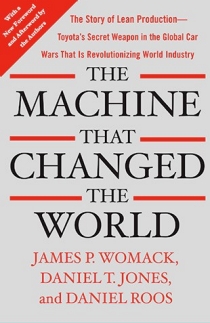 In the mid-1900s, Toyota developed a production system that would prove to be critical in its defeat of the American automobile manufacturers.

In fact, Toyota's production system quickly became recognized as the most efficient system ever created, and effectively, the machine that changed the world. 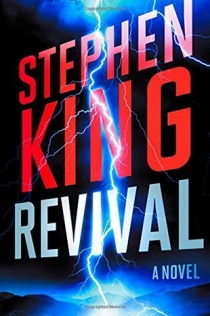 Very good suspense. You’ll have a hard time putting this one down. 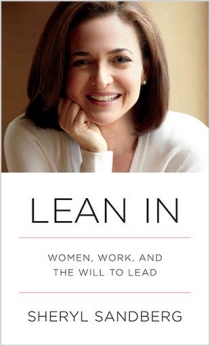 Lean In: Women, Work and the Will to Lead
Knopf, 2013
By Sheryl Sandberg

I recommend it because it’s an extremely eye-opening and inspirational read addressing a recurring topic — equality of women in the workplace, and specifically in leadership roles — in a new light.

It introduces a type of work-life balance and encourages women to reach their full potential, which is a concept that is very important to me. 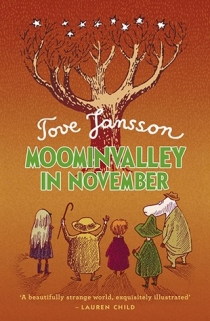 As fall turns to winter, a group of discontented souls descend one by one upon the home of the Moomin family. Seeking comfort and sympathy, they find instead an empty house and one another. What I love about this book is its gentle, humourous and generous account of how this unexpected and decidedly un-chosen community find a way to live in difference, to fully and wonderfully be their imperfect selves.

The book is a love letter to diversity, to becoming who you are and to finding peace in and with yourself. Required reading for the tired department chair or overextended administrator in your life! They will recognize every character — including themselves. 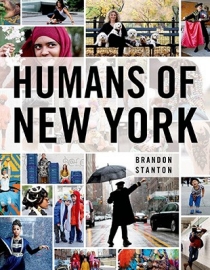 It’s a beautiful collection of images and everyday life stories of real people.

What makes the book so compelling is the simplicity and honesty of the subjects’ testimonials. It’s a very enjoyable and easy read. 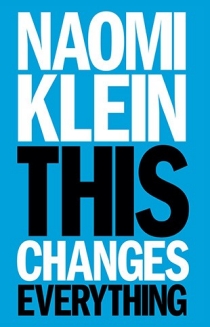 This Changes Everything: Capitalism vs. the Climate
Simon and Schuster, 2014
By Naomi Klein

Klein presents a formidably comprehensive take on climate change, the ecological crisis at large, and its root in culture and socio-economic ideology based on Western culture's delusion of human-nature duality.

Her holistic approach and extensively researched narrative provide a powerful tool for today's generation of progressives to remedy what will, if left unchecked, be the undoing of our species and countless others. Climate change is the defining problem of our time, and at its heart an ethical and cultural problem. I hope that more people gain literacy of these issues through reading her book. 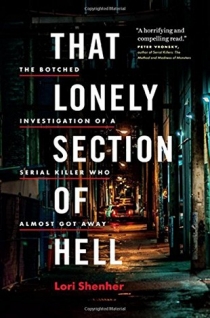 That Lonely Section of Hell: The Botched Investigation of a Serial Killer Who Almost Got Away
Greystone Books, 2015
By Lori Shenher

This first person account of the Robert Pickton serial killer investigation, told by the first detective assigned to Vancouver's Missing and Murdered Women Investigation, is raw, frustrating and heartbreaking. It includes many important lessons about who and what we prioritize in our society, and what that means to those we leave at the margins. Essential reading. 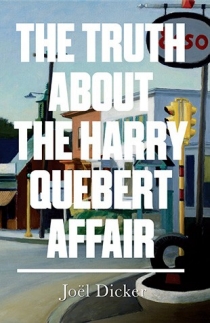 The Truth About the Harry Quebert Affair
MacLehose Press, 2014
By Joël Dicker, translated by Sam Taylor

This is the kind of story I like to read under a warm and cosy blanket, when it’s snowing outside. The story is like a detective novel. A writer is trying to help his friend who was accused of a murder and is writing a book about it — the one you’re reading.

The story takes place in a small town on the coast of New Hampshire, and has plenty of unexpected developments. The suspense about the real murder lasts until the end, by which point you’ll really want to know the truth about Harry Quebert. 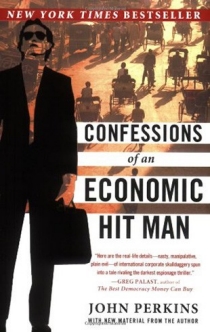 Confessions of an Economic Hitman
Plume, 2005
By John Perkins

If his accounts are true or not is a controversy unto itself. But the thought of how a particular government conspires to influence mostly third-world or developing second-world countries, through economic assassination via orchestrated loans in the guise of infrastructure development, is scary. 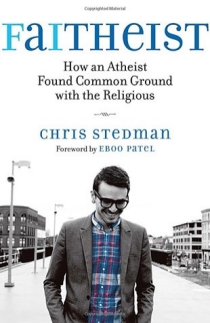 Faitheist: How an Atheist Found Common Ground with the Religious
Beacon Press, 2013
By Chris Stedman

It’s an important memoir that sheds light on the struggle between sexual orientation and religious affiliation — a struggle that so many young people and students face.

It’s also an important book because it dismantles many of our assumptions about religion and atheism. This is not a book about an angry atheist. This is a guide to inter-religious dialogue disguised as a beautiful coming of age story. 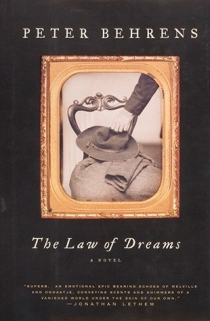 The Law of Dreams
House of Anansi Press/Steerforth Press, 2006
By Peter Behrens

This gorgeous epic, written by Peter Behrens, who grew up just a stone’s throw away from Concordia, and attended the university in the 1970s, is a historical fiction that takes its characters from the Great Famine in 1847 through a harrowing series of travels in Liverpool, Montreal and onto the United States.

This is one of those rich and dense tales of survival and tenacity, which delivers its gripping narrative through a prose that is also immensely sensual and poetic.

As many Montrealers with Irish roots will be able to guess, there is a special reason for the intensity of Behren’s perspective on this historical moment. The Law of Dreams is based on the author’s own personal history.

The book was nominated for a slew of prestigious prizes, but it was certainly winning the Governor General’s Award for English-Language Fiction in 2006 that made Behrens — who has now lived in the States for many years — most proud of being from Quebec. 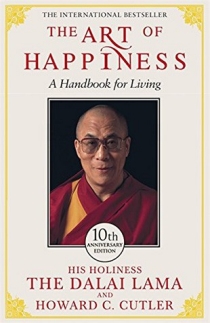 The Art of Happiness: A Handbook for Living
New English Library, 1999
By the Dalai Lama and Howard C. Cutler

This read really gives you a different perspective on different ways to be ‘happy.’ More than a simple how-to book, it really delves into an entire philosophical viewpoint on how people should act and think if they want to lead a happier life. 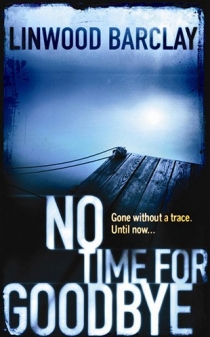 Goalie for the Concordia Stingers women’s hockey team, RSEQ 2014-15 Rookie of the Year

No Time For Goodbye
By Linwood Barclay
Bantam, 2007

I like a book that is thrilling to read, and this one certainly is. It almost plays out like a movie. Once you get two chapters in, I guarantee you won't put it down until you've finished. 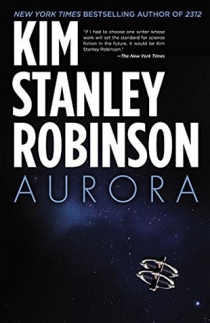 It's an intriguing 'hard' sci-fi novel about the attempted colonization of another star system. Aurora is full of fascinating insights about the challenges of multi-generational space travel, both technical and political. For me, the author's most compelling insight is that, as a species, we're very poorly evolved for space exploration — especially when pursued as a potential escape from the terrible damage we're already doing to earth. 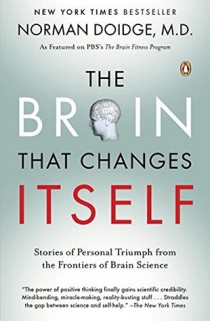 The Brain That Changes Itself: Stories of Personal Triumph from the Frontiers of Brain Science
Penguin, 2007
By Norman Doidge

It’s easily digestible for the not-so-sciencey reader, and its stories may inspire people to challenge their brains to overcome once-daunting obstacles. Once you open it, you won’t want to put it down.

Do you have a favourite book you want your fellow Concordians to read? Share it via Twitter or Facebook. Be sure to add @concordia and #CUReads.