Monique Moumblow: ‘We’re lucky to have such motivated students’ 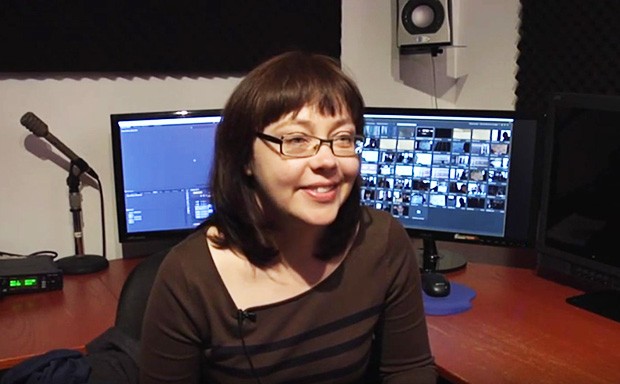 “I learn from the students, because they have such diverse interests and they're really inspired,” says Monique Moumblow, a part-time instructor in the Department of Studio Arts.

Asked to sum up what’s most valuable about teaching at Concordia, Monique Moumblow, a part-time instructor in the Department of Studio Arts, doesn’t hesitate. “It’s the exchange,” she says.

“I learn from the students, because they have such diverse interests and they're really inspired. I think we're lucky to have such motivated students. They might know about something I haven't heard about and they bring it to the class to share with everyone.”

An example might be a favourite new artist, a nifty new piece of video-editing software or details of a show they just attended. “It’s great to learn about these things from them,” Moumblow says.

While continuing to create video art — her chosen medium for the last two decades — Moumblow teaches classes on video, performance and electronics arts in the Intermedia program and integrated studio in the ARTX program.

As writer Nelson Henricks puts it, “Since 1993, Monique Moumblow has been engaged in a multi-faceted examination of identity.” Much of her stark, questioning work can be viewed on her personal website.

In a 2006 interview, Moumblow described herself as a “reluctant video artist,” always promising herself that her next piece will be her last, and that she’ll focus on writing. “But a few months later I’ll find myself in the middle of another project. So I guess something keeps drawing me in.”

Currently, Moumblow is creating a video installation that combines 1980s Betamax camera technology with present-day framing and digital editing techniques. “I'm working with these older analog cameras that have this effect called ghosting. I'm using that in combination with new digital technology to create this hybrid image,” she says. 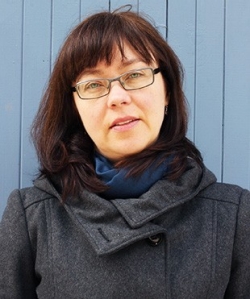 The making of a part-time faculty video

Recently, Moumblow finished a video project of an entirely different sort: a short film profiling part-time faculty at Concordia, co-directed by Robert Soroka, a part-time lecturer in the John Molson School of Business. Chris Crilly, another part-time faculty member from the Mel Hoppenheim School of Cinema, helped with the sound design.

The team ended up focusing on five individuals for the final cut. “What we wanted to do was show them in their environment outside of the institution,” Moumblow recalls.

One of the instructors from Studio Arts, Manon DePauw, was having an exhibition at the Guido Molinari Foundation. “She was exhibiting with a graduate student and it was nice to see her in that role,” she says.

Building a Better Future was screened at a special event to celebrate the 25th anniversary of the Concordia University Part-time Faculty Association (CUPFA), held in the fall at the Montreal Museum of Fine Arts. Lorraine Oades, CUPFA’s director of professional development, oversaw the project. She says the video underscores how part-time faculty contribute to applied pedagogy at Concordia by showing their professional standing outside the university.

“Part-time faculty bring a valuable experiential dimension to the classroom, which is demanded by students seeking a marketable set of skills upon graduation,” says Oades.

For the team making the video it was a great way to get to know some of their colleagues a bit better, Moumblow says.

“We just met so many people and they're all really passionate about their teaching, but they also have really interesting careers and research as well.”


Find out more about programs available through Concordia’s Department of Studio Arts.