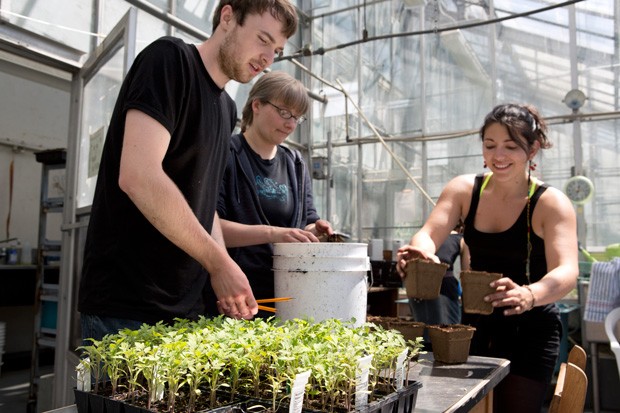 As Phase 2 kicks off, we asked a diverse group of community members to describe encounters, ideas and campus activities that relate to these directions.

To me, one of the most exciting new projects this fall is the Rapid HIV Testing Outreach Program, which proposes bringing a testing booth to Montreal's next student-led Sexpo to spread the word about and destigmatize HIV and STIs.

There will be an immediate way to get tested, with nurses from Concordia Health Services on site. What’s so unique about this project is the three-way partnership between Queer Concordia, Concordia University Psychology Association (CUPA) and Health Services.

It really “mixes things up” when a student group approaches a university department as a partner, not just a service provider. It’s an entirely new way of thinking about relationships on campus.

Another inspiring example from the Special Project Fund is, surprisingly, a conference.

Transform(er) Montreal will shine a light on alternative economies. It aims to support and promote social entrepreneurship that seeks to transform, democratize and disrupt the economy.

How? The conference will look at alternative models of student housing, such as student-owned cooperatives, at food delivery systems, focusing on local and organic, and economic models that reinvest the proceeds into the organization and the larger community.

The Concordia Student Union and the Concordia Food Coalition worked together to buy the restaurant Burittoville last year, so now it’s a solidarity cooperative. There’s also a beer-making collective at Concordia now. Those kinds of models will be at the conference.

The idea is to bring together people who are doing this kind of thing with those who can potentially provide funding.

Another goal is to inspire people who are looking for inspiration to do their own thing. Transform(er) Montreal’s objective is to award five incentive prizes of $1,000 each. And the conference will be held in St. Henri, not on campus, to further encourage community engagement.

There’s a new student group called HackConcordia and they proposed a coding marathon.

Teams code for 24 hours on a project of any sort, which is then presented to a panel of judges and winners are chosen. They're not necessarily social innovations. They could be apps — anything.

It’s a perfect example of “getting your hands dirty” because students are taking what they’ve learned in class and using it to produce a tangible end result. This anchors what they are learning in reality and takes this learning to another level.

Who knows where the marathon will go — it could become an annual event or inspire something else. Who knows what kinds of partnerships will happen at Transform(er) Montreal between students, faculty and community-based organizations?

And who knows what kinds of funders will show up to that event, and be inspired, and might start to look at Concordia differently, as a potential partner?