ANALYSIS: The Charlie Sheen HIV furore is prurient and puritanical. But why not political? 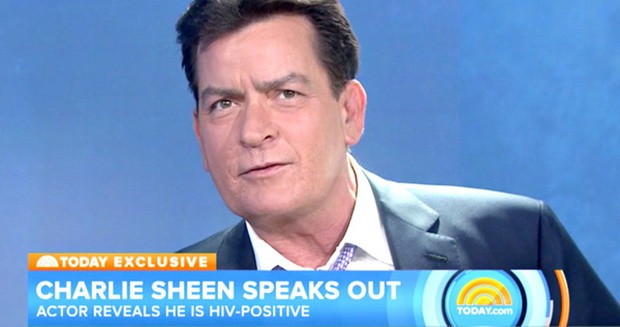 On Tuesday morning, Charlie Sheen appeared on the highly rated NBC breakfast TV show Today to make the widely anticipated announcement that he is HIV positive.

The man who was once the highest-paid actor on TV, earning huge sums per episode as well as rerun residuals for the sitcom Two and a Half Men, said he was publicly acknowledging his health status to end the huge payments he was having to make as a victim of blackmail.

Sheen stated that he had paid more than $10 million to several undisclosed individuals who had threatened to out him as HIV positive.

Judgment on social media has been as extreme as it has been divided. Some say that no matter how Sheen contracted the virus that causes AIDS, he should not be judged but rather treated with compassion. Others have pointed to many years of profoundly bad behavior and poor judgment on Sheen's part, arguing he is no role model nor a desired poster child for those living with HIV.

For me, it brought back extremely powerful memories of almost exactly 30 years ago, when movie star Rock Hudson acknowledged he had AIDS. At that time, he was the most famous person to publicly disclose his struggle with the disease. He didn't live much longer.

Now, with advances in drug regimens, it is a far more treatable condition, and many live perfectly healthy lives after many years of living with HIV — although it is imperative to point out that it's still no walk in the park, as anyone with HIV will tell you.

As Sheen's latest burst of media attention hits the airwaves, it presents the perfect story for much of the media and the pundit class: it provides them with a moment when they can be at once prurient and puritanical.

But dare I point out, this isn't a time to be judgmental.

Sheen, once an extremely talented actor (remember his turn in Platoon), may have exhibited a great deal of bad behaviour that was captured by the tabloid press, but much of it occurred while he was struggling with brutal and terrifying addictions to drugs and alcohol.

From a Canadian perspective, it's important for us to remember that being HIV positive can actually result in jail time for those who have contracted it, for the very simple reason that they had consensual, protected sex with people while not disclosing their HIV status.

The best hope is that beyond titillating celebrity gossip, Sheen's disclosure can ignite further discussions about how we treat people who are living with the virus — and whether criminalization of the HIV positive makes any sense whatsoever.

Matthew Hays writes for The Guardian, The Globe and Mail, The Daily Beast, The New York Times and Vice. He teaches courses in film studies at Concordia University and Marianopolis College.