‘The magnitude of the climate challenge requires immediate action’ 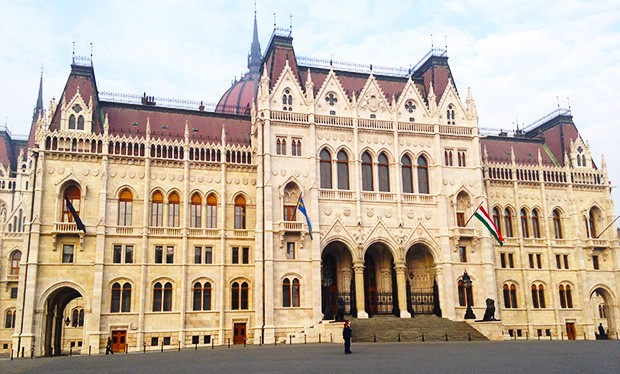 The World Science Forum has convened every two years since 2001, in an effort to bring together leading scientists, international science organizations, science advisors and political decision makers.

The goal of this year’s forum, held last week in Budapest, was to promote the “Enabling Power of Science” by highlighting the role and potential of science to inform solutions to current global challenges.

One important set of global challenges is articulated in the “Sustainable Development Goals,” which were ratified by the United Nations in September of this year.

There are 17 global goals, which cover development priorities such as decreasing world poverty and hunger, improving access to water, health services and sustainable energy, addressing gender and other inequalities, promoting environmental protection, and encouraging action on climate change.

A common theme of the discussions and presentations in Budapest was the interconnection between these goals and their many individual targets, and the need to break silos and stimulate collaboration across disciplines to generate innovative solutions.

As a climate scientist, I came to the World Science Forum with an interest in learning about how climate change science could contribute to global sustainability and development challenges. Climate change will likely have its most serious and dangerous consequences in developing countries. These impacts will exacerbate existing challenges, and in the long term could compromise our ability to achieve many of the sustainable development goals.

But the details of these interactions between changes and other sustainability targets are complex and not well understood; the ways that changing patterns of rainfall, extreme weather and high temperatures could affect poverty, inequality, food and water security, health, migration, conflict, access to energy and overall economic development remain highly uncertain, and in some cases largely unknown. There is considerable potential for silo-breaking trans-disciplinary research to shed light on these questions.

In the opening plenary of the conference, I was therefore quite dismayed to hear the idea of climate action dismissed as being an ineffective way to address global sustainability challenges, and a low priority compared to other more urgent needs.

Bjorn Lomborg, president and founder of the Copenhagen Consensus Center, argued that investments in climate action would detract from potential investments in other development challenges such as poverty alleviation or improvements in health services.

The clear implication of his argument was that we need to emphasize action on development priorities by using the most cost-effective strategies currently available to us, without worrying too much about the effects of these strategies on development’s climate footprint.

Lomborg’s argument was a clear example of thinking that did not acknowledge the interactions between climate and sustainable development, nor the potentially very severe long-term climate impacts on the most vulnerable human societies.

The magnitude of the climate challenge — that we need to eliminate the global use of fossil fuels within the next half-century — requires immediate action on decarbonization in developed countries, in addition to the mobilization of a tremendous amount of financial resources to assist with the development of sustainable energy technologies in the world’s poorest countries.

Of course there are urgent development needs that could be met now without addressing climate change; but to use this as an argument to dismiss climate action altogether is to trade off the future to meet the needs of the present generation. This is fundamentally at odds with the very essence of sustainable development.

A lack of real engagement

There were other, more progressive perspectives offered by other speakers in other sessions of the conference, and the declaration produced by the conference organizers did include a clear call to action on both climate change and the sustainable development goals.

But I remained struck by a lack of real engagement between the climate research community and the discussion of what is needed to meet the very real and pressing needs of low- and middle-income countries.

I think there is a real need to fill this gap, and to engage more actively on questions of how climate change research can be used to motivate and inform not just action on climate change, but also the ways that we seek to address other sustainable development goals.

At the closing ceremony in Budapest, we were addressed by Princess Sumaya bint El Hassan of the royal family of Jordan, who will be hosting the next World Science Forum in 2017.

She gave a remarkable speech, one that managed to be both critical and empowering in equal measure, and I was left feeling both inspired and excited to see what new ideas and perspectives would be brought to this next meeting. But one message from her address in particular resonated with me: that the most potent threat to global sustainability is short-term thinking.

Damon Matthews is an associate professor in the Department of Geography, Planning and Environment and Concordia University Research Chair in Climate Science and Sustainability. In 2014 he received the award for Research Communicator of the Year (International) for his work in identifying the world’s greatest contributors to climate change.

His research is aimed at better understanding the many possible interactions between human activities, natural ecosystems and future climate change, and contributing to the scientific knowledge base required to promote the development of sound national and international climate policy.