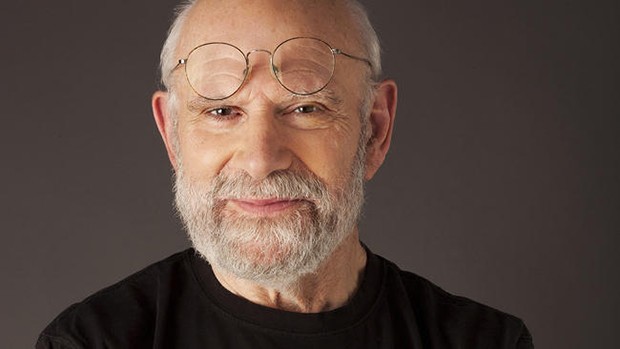 Influential British neurologist and best-selling author of 13 books, Oliver Sacks died this week at the age of 82. In the words of a 2002 profile for Wired Magazine, "by restoring narrative to a central place in the practice of medicine, Sacks regrafted his profession to its roots."

His extensive writing on the brain’s inner workings, based on exhaustive observations of his own patients, found a vast audience: many of the more fascinating case studies in his “neurological novels” were even adapted for stage and cinema.

Back in 2006, while conducting research for his tenth book, Musicophilia: Tales of Music and the Brain, Sacks visited the International Laboratory for Brain, Music and Sound Research (BRAMS) in Montreal.

Virginia Penhune, chair of Concordia’s Department of Psychology and a founding member of BRAMS, remembers the influential doctor’s visit.

‘We discussed all kinds of things’: Virginia Penhune on Oliver Sacks

Dr. Sacks came to talk with my collaborator, Robert Zatorre, a professor of neuroscience from McGill, and our student, Joyce Chen, who was working on musical rhythm.

At the time, we were conducting all sorts of experiments to look at how people listen to and imitate musical rhythms, depending on how complex they are.

We had a number of different tests of this music perception and reproduction, and Dr. Sacks was really interested in undergoing them, because he was a trained musician himself. He spent an entire day in the lab, talking with Joyce and doing all of her tests.

We discussed all kinds of things — whether or not animals can perceive musical rhythm, why music is so important to humans. He was a thoughtful guy, and a really deep thinker. And he was incredibly interesting to talk to, because he had a huge knowledge of neurology and the brain.

The other thing that I thought was great — and you can see it in the book — is that he took a lot of interest in our student, Joyce, and spent a lot of time talking to her. He highlighted the fact that it was her work when he wrote it up in the book, which is nice. I think sometimes people don't always recognize the students' role.

Dr. Chen had started out as a physiotherapist, and she was interested in using music to do rehabilitation in patients with stroke. She now works at the Sunnybrook Research Institute in Toronto, and that's exactly what her research is about. Dr. Sacks really encouraged her, and I think he was inspirational for her.

Right now, there are a whole bunch of students working in our lab — the Penhune Lab for Motor Learning and Neural Plasticity — on various aspects of rhythm and basic learning motor skills.

﻿A lot of stuff that we looked at with Joyce had to do with how rhythm and movement are linked. One of the ways we're trying to look at that now is through “groove.”

People say that music is groovy, and makes them want to move. What is it about that music, and what particular regions of the brain are engaged when you listen to that kind of music?

Dr. Sacks' book, Musicophilia, came out soon after we talked to him, which was very gratifying.

[Editor’s note: In Musicophilia, Sacks details several of Chen, Zatorre and Penhune’s findings about activation of the motor cortex and subcortical systems in response to musical rhythms, or even the imagination of music.]

﻿It's a really interesting book and I think that it's just a good example of why Dr. Sacks was so influential — because he was able to use patient cases to get people interested, and to make people see how complicated the brain is.

He used accidents of nature to get people thinking about what those accidents might tell us about how the brain works.

Learn more about research at Concordia’s Penhune Lab for Motor Learning and Plasticity.