‘It’s going to be an interesting marriage’ 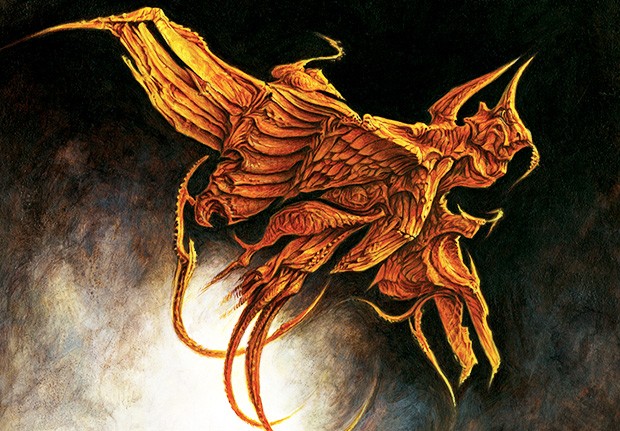 British artist Dan Seagrave will be exhibiting his work as part of this year's Grimposium. | Courtesy of the artist

Vivek Venkatesh, an associate professor in Concordia’s Department of Education, has found a way to marry his love for academia and his passion for heavy metal. Its name is Grimposium.

Now in its second year, the event is a special opportunity for metal heads to get together and geek out. Grimposium features panel discussions, art exhibitions, film screenings and live performances spread out over Concordia’s downtown campus and Montreal concert venues from August 2-6. 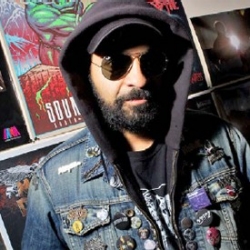 It began as a way for Venkatesh to bring people together that he knew in the heavy metal world. “I didn’t expect the reaction I got from the Montreal scene last year. We actually turned people away the second day because there was no room left in the space I’d booked,” he says.

This year promises to be even bigger because of a new partnership struck between Evenko’s Heavy Montreal music festival and Venkatesh. Grimposium will run in the days leading up to Heavy Montreal, which runs Aug. 7–9 at Parc Jean-Drapeau.

Venkatesh says last year’s inaugural edition of Grimposium was primarily internal and mostly funded through university grants. This year’s partnership with Evenko, as well as new funding from the federal and provincial governments and the university, has allowed Venkatesh the latitude to make Grimposium a destination for metal heads from both within academia and without.

“It’s going to be an interesting marriage,” he says.

Venkatesh has dedicated much of the past five years of his research to studying — and enjoying — extreme metal and the kinds of people who congregate around it across the globe. He and his team have published in fields as varied as niche online communities, consumer culture, tourism, philosophy and marketing.

This year’s Grimposium is in part an outcropping of that work. Venkatesh says he hopes some of the panel discussions will lead to exchanges promoting individuality and confronting social ills like sexism, homophobia and xenophobia in the community.

Kim Kelly, an editor with Vice in New York who is making the trek down to Montreal for Grimposium, says the politics of heavy metal have come a long way — but there are still major issues within the scene.

She says she’s perpetually harassed online by people who simply don’t like that she’s a woman writing about heavy metal, even after spending more than half her life doing so.

“Even after all this time, I still get nasty comments every day. I've been sent death threats, rape threats, been called every name in the book. Right now, I'm being harassed by at least three people, and it's not even out of the ordinary — and I'm absolutely certain that some of them will read this, and use it as an excuse to harass me even more,” she writes in an email.

Kelly says the problems in the metal community aren’t particularly unique to this subculture — they simply filter down through society to a number of people, some of whom happen to love heavy metal. Even so, she likes to believe progress made in society in general will also filter down to heavy metal. 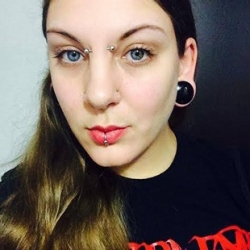 “I do think that the metal community has become more accepting, and has been doing a great job of expanding the inclusivity that's so necessary for our survival as a scene.

“We are moving forward on so many issues; more bands, writers, and business people are speaking out in support of progressive ideas, and despite the pushback from some segments of the community, evolution is inevitable. There is certainly plenty of work to do, but I'm proud of the progress that's been made. The good guys are going to win,” Kelly says.

Kelly will speak on a panel dedicated to contemporary issues in metal journalism, as well as host a live Q&A with Marky Ramone, who is in town to promote his new book and to perform with Andrew WK at Heavy Montreal.

The Q&A on August 6 is free, and fans will have a chance to buy the book and have it autographed by Ramone.

Kelly says she’s been getting ready by reading the book, digging into old interviews and listening to what she classifies as “a hell of a lot of Ramones tunes!”

“I'm so excited! He's the epitome of a living legend, and I can't wait to talk to him about punk history, its intersection with heavy metal, New York City and life after the Ramones,” she says.