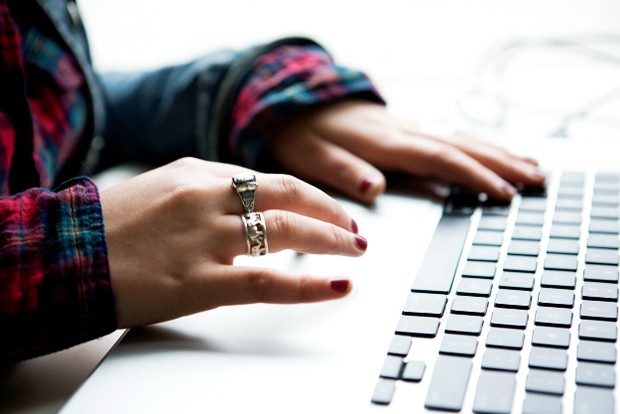 Vivek Venkatesh, an associate professor in the Department of Education, understands the insidious effects of online hate speech.

Over the course of his research, Venkatesh has monitored white supremacist blogs and forums, watching as postings spurred participants to embrace xenophobic ideologies. He’s also followed the rise of racist rhetoric on social media, cataloguing the cues that trigger hateful hashtags.

Now, with the help of researchers from across Concordia’s four academic faculties and partners from Bishop’s University, the University of Alberta, Champlain College and Franklin & Marshall College in Lancaster, Penn., he’s developing an innovative web portal that will offer curricula and multimedia materials designed to sensitize Canadian youth to the sort of speech that incites violent extremism.

“We know that talk like this spreads on the internet, through avenues like social media,” says Venkatesh, who’s also associate dean of Academic Programs and Development in Concordia’s School of Graduate Studies. “But not enough work has been done on how social media might be able to counter it.”

The proposal for the site recently won $172,340 in funding over two years from the Kanishka Project, a Public Safety Canada initiative supporting research on counterterrorism.

The effort — the goal of which is to create a digital resource that will serve classrooms across the country — draws on a range of academic expertise from its four principal investigators,

While Venkatesh, whose research focuses on educational technologies, explores how xenophobia and racism are propagated online, Robert McGray, a former assistant professor in the Department of Education who has since moved to Brock University, is an expert on fostering spaces of civic engagement and building resiliency.

Meanwhile, Tieja Thomas, who is pursuing a PhD under Venkatesh’s supervision, looks into how social networking sites serve citizenship education. And Jihan Rabah, another PhD candidate whom Venkatesh is supervising, is investigating the theoretical and practical aspects of curricula development as they relate to gender and the integration of new technologies in the classroom.

Rabah sees the project as an opportunity to promote awareness of hate speech among those growing up with tools that not long ago might have seemed like the stuff of science fiction.

“We want the new generation to understand the freedom that social media affords them — and the sorts of exchanges, both harmful and positive, that it can generate,” she says. “We want to equip them with the knowledge and skills to promote peace.”

To that end, the site — slated to launch in March 2016 — will feature materials on subjects like the use of social media among children, discrimination and the triggers of hate speech. It will also house animated content on how teachers may use social media to build resilience to extremist rhetoric among children, as well as videos depicting first-hand accounts of discrimination.

Co-investigator Jason Wallin, an associate professor at the University of Alberta’s Department of Secondary Education, explains that online hate speech is symptomatic of greater social divisions and hierarchies.

“This project was designed to offer instructors the critical acumen to address this problem in the classroom,” he says. “By gathering these resources, we hope to encourage an in-the-open dialogue that will open the door to a topic of inquiry and create tactics for confronting and disrupting this problem.”

Venkatesh believes the web portal will explore the power of social media to build and strengthen communities. He would like to visit groups that have faced discrimination so that their experiences might inform the site’s direction. He’s also pleased that, in addition to Public Safety Canada, the project has benefited from its association with organizations like the Royal Canadian Mounted Police and Citizenship and Immigration Canada.

“They’re all part of the team that evaluated the proposal,” he says. “Having partners like them on the ground is going to give us a much greater knowledge-mobilization platform.”

Once the portal is complete, the investigators will publish a book on the interdisciplinary initiative. For now, though, their goal is broader.

“We need to teach our youth to look at hate speech not just from a preventative standpoint, but from an educational standpoint. If we can sensitize young people to its dangerous effects, we can make an impact on society.”

Read about Vivek Venkatesh’s research on xenophobia in the black metal music scene.