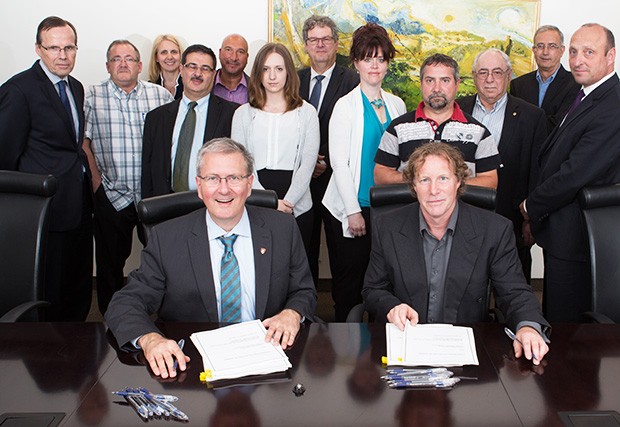 On June 16, 2015, it was a positive atmosphere in the President’s boardroom as the officials from Concordia University and from the Métallos, United Steel Workers, Loyola union gathered to sign the new collective agreement.

This signing ceremony is particularly notable because the agreement for the new terms of the bargain was reached ahead of schedule, before the expiration of the old agreement.

Members of both bargaining teams expressed satisfaction with the productivity of the negotiation meetings, where they worked collectively to come to an agreement that meets the interests of both parties.

The collective agreement, which is in effect until May 31, 2018, will be posted on the Concordia website in both languages shortly.