Board ratifies agreement for USW-Loyola ahead of schedule 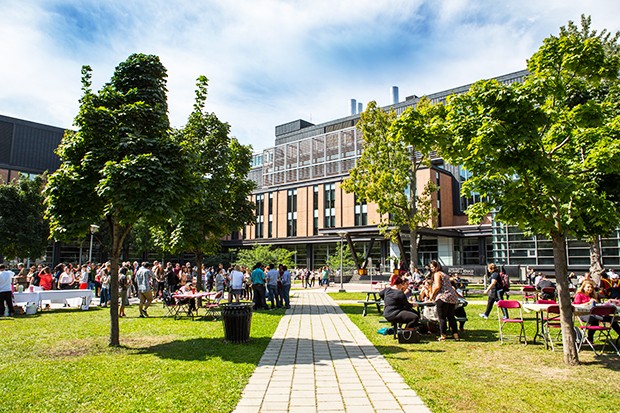 Concordia’s Board ratifies agreement with Loyola trade workers union ahead of schedule.

At its meeting on May 20, Concordia’s Board of Governors ratified the agreement-in-principle reached with the United Steel Workers (USW), Local Section 9538, Loyola.

“We are pleased to reach an agreement with the trade workers on our Loyola campus,” said Roger Côté, vice-president, Services. “The bargaining teams worked together to come to an agreement that meets the interests of both parties before the expiration of the current agreement. This is a very positive achievement and I applaud the efforts of both teams.”

The current agreement expires on May 31, 2015. The new agreement will come into effect once it is signed.

“I find it interesting to note that although we have faced a new climate of budget cuts and reductions in government funding, this has, to date, not stopped our collective spirit or our capacity to move forward,” said Michael O'Hanley, principal delegate of the Loyola Campus Métallos union.

Following the signing of the collective agreement by the two parties, which will take place shortly, the documents will be posted on Concordia’s website in English and French.