Does academia have a place on Wikipedia? 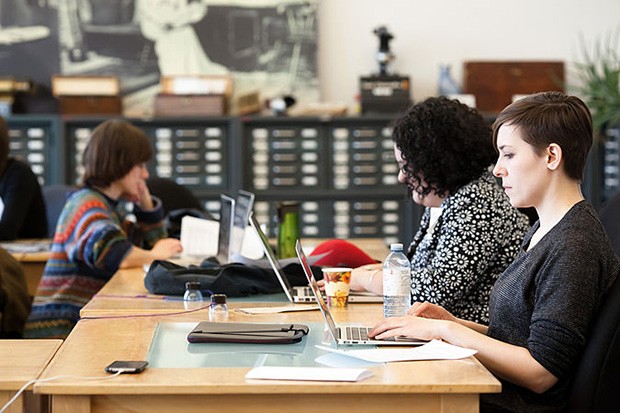 The Montreal edition of the Art+Feminism Wikipedia edit-a-thon took place in the Documentation Centre of the Canadian Women Artists History Initiative (CWAHI) at Concordia. | Photo by Emily Gan

Wikipedia is the world’s sixth most-visited website: last February alone, it attracted 437 million unique visitors, for a total of 20 billion page views. There are 4,858,628 articles in the English version of the site. Printed and bound, they would fill 11 library stacks, each packed with 20 large volumes. (There’s an image of what that would look like, in case you’re curious.)

For many — if not most — of us, Wikipedia serves as a quick way to end an argument or find basic information on a topic. In the opinion of Wired magazine’s news editor Emily Dreyfuss, “Wikipedia is the best approximation of a complete account of knowledge we’ve ever seen.”

But the ubiquitous user-generated encyclopedia is not without its detractors. For one thing, the battle for quality, accuracy and balance continues daily. And for another, it can be difficult to create new pages or implement edits that are accepted by Wikipedians, the committed cadre of volunteer editors — even if you happen to be an authority on the subject.

To harness Wikipedia’s power, while also adding to its worth, four new initiatives have been launched at Concordia — by the libraries, by the Records Management and Archives Department, and by individual researchers.

‘A part of our research practice’

Increasingly, academics are recognizing the role Wikipedia can play in disseminating their work.

In November, Concordia became the first university to partner with the Association francophone pour le savoir (ACFAS) on a project to make Montreal’s scientific archives and heritage knowledge freely available via Open Access.

Pamela Carson, Concordia’s web services librarian, says Wikipedia greatly increases accessibility. “It allows for the description of complex or technical information in a familiar one-page encyclopedia format, and makes it available worldwide. It also cites sources which may otherwise be difficult to locate, analyze and understand.”

As part of a pilot project to support ACFAS’s goal, Carson and her colleagues are launching a series of workshops for prospective Wikipedia contributors. The first, on Tuesday, May 12, covers the basics: the specifics of editing and citing, collaboration opportunities, and content creation strategies.

“It’s great because we can help introduce people to editing articles,” she says. “People who would otherwise only be reading Wikipedia.” 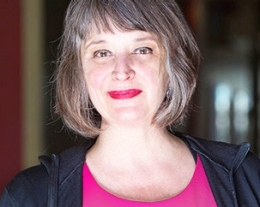 Academic Kim Sawchuk: “I want the ideas on Wikipedia to be well researched, and to be as accurate as possible.”

Kim Sawchuk, associate dean of Research and Graduate Studies for the Faculty of Arts and Science, has enlisted the help of Communication Studies students — including post-doctoral fellow Maude Gauthier — to help increase the Wikipedia profile of research from Concordia and, more generally, French research from Quebec.

She believes that it’s crucial for ideas with the potential to create change to be put out in new forms and formats. “It is admitting the compelling presence of the internet as a resource for research and pedagogy. It’s also, as pedagogues and public intellectuals, thinking of it as a part of our practice.”

But Sawchuk has found that Wikipedia’s editing practices can be problematic.

“It has been fascinating to see how wiki logic can be used to actually deny the relevancy and existence of an organization,” she says. “You need to be written about by someone else at least twice. So organizations that are doing great work outside of the mainstream are less real than, say, Mickey Mouse.”

One of the goals of Sawchuk's large-scale research project Ageing, Communication, Technologies (ACT): Experiencing a Digital World in Later Life is to include more perspectives on ageing in Wikipedia in English and French. But when Gauthier tried to add a new page about the Centre for Women, Ageing and Media (WAM), a partner on the ACT project, it was nominated for deletion.

"From what we can tell, there are a number of 'men's movement' cyber-vigilantes, mostly working in the English-language version of Wikipedia, who search for new references on women, which they scrutinize and find reasons to delete," Sawchuk says.

In the case of WAM, the Wikipedia editors claimed the references were not good enough to attest to the notability of the centre. “What they want are multiple mentions in the media," says Gauthier. She had more success adding pages in French or on concepts related to Sawchuk’s large-scale research project, such as a page on activist ageing.

“When you write about more conceptual stuff, it’s easier to have Wikipedia accept your sources because they are traditional academic references,” Gauthier says.

“We’ve been told that we’re not a reliable source of information about Concordia, which is pretty discouraging,” says the archivist, whose job is to preserve the university’s history.

Aubé and her team monitor Concordia’s institutional entries and update key pages like the profiles of new honorands. There’s also a plan in the works to add important Concordia events to Wikipedia.

“When we find facts that aren’t accurate, we correct them,” she says.

Is feminism the future of Wikipedia?

It’s estimated that only between 8.5 and 16 per cent of Wikipedia’s editors are women. Wikimedia, the non-profit organization responsible for the site, acknowledges the problem and is supporting efforts to tackle it.

Art+Feminism is an international campaign to “improve coverage of women and the arts on Wikipedia, and to encourage female editorship.” Amber Berson, a graduate from Concordia’s masters program in Art History, recently co-organized the second annual Art+Feminism edit-a-thon in Montreal.

It was one of more than 75 events to promote female editorship that took place simultaneously around the world on International Women’s Day weekend (March 7 to 8).

Berson and her colleagues Kathryn Simpson chose to hold the edit-a-thon at Concordia because it is also home to the Canadian Women Artists History Initiative (CWAHI), which documents women artists in the per-World War II period.

“Very few of these artists have a Wikipedia presence,” Berson says. Some 30 aspiring and experienced editors showed up for the bilingual event, which included training and a roundtable about gendered exclusion on Wikipedia.

Berson noted a real desire among researchers to engage with the site.

“Not everybody who showed up was interested in art,” she says. “Many people came because they were scientists or linguists and they wanted to do similar projects in their own field — increasing female content, and creating more feminist content.”

In Berson’s opinion, everyone should become a Wikipedian. “The fact that it's open source and publicly driven is just fantastic,” she says. “It's very open to experimentation.”

“If undergrads are going to use Wikipedia as their go-to place, then I want the ideas to be well researched, and to be as accurate as possible,” she says. “I also want a variety of voices and perspectives to be present in that world formerly known as cyberspace.”

The Concordia Libraries’ inaugural Wikipedia Workshop takes place from 2 to 4 p.m. on Tuesday, May 12 in Room LB-203 of the J. W. McConnell (LB) Building (1400 De Maisonneuve W.) on the Sir George Williams Campus.