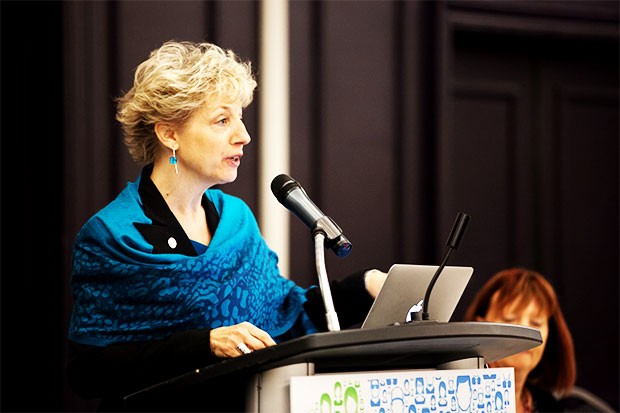 Women faculty are invited to attend one of two workshops later this month on writing opinion pieces for newspapers. Former journalist, award-winning author and activist Shari Graydon will be leading the workshops. Graydon created the not-for-profit organization Informed Opinions, to encourage more women to make their voices heard through the media.

Here is Graydon explaining, through an opinion piece of her own, why she feels women need to speak up more often, and position themselves as experts in news stories.

There’s nothing like being called a “feminazi” or member of the “Bitch-of-the-Year Club” to reinforce your resolve — if you’re ornery.

If you’re not, the kind of gendered attacks typical of online trolls aiming to shut down women deigning to share their views in high-profile media, can effectively do just that. This is one of the reasons that male perspectives in most Canadian opinion media still outnumber women’s views by a ratio of four to one.

That’s a problem — not just for women, but for all of us, misogynist trolls included.

And it’s why, decades after receiving my first piece of hate mail as a contributor to the Vancouver Sun, I now devote all of my working hours to training and supporting other women to speak up in the media, too — haters be damned. 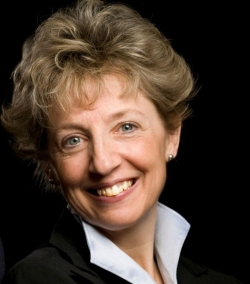 Because when they do, things change for the better. A growing body of academic research now makes it clear that when women’s perspectives are included — in business, science, politics — outcomes improve, in all sorts of measurable ways.

Corporations with women on their boards and in their executive ranks are more ethical, competitive and profitable. Not incidentally, their workplaces also earn higher employee ratings, so it’s easier for them to attract the best talent.

Studies have also found that science and innovation teams perform better when they include members of both genders. Apparently, women’s tendencies to consult others and consider consequences, are a great complement to inclinations more prominent in men: to make decisions and take risks.

Our existence on the small planet we share faces enormous social, economic and environmental challenges; we need to be drawing on the talent and intelligence of its entire population. Given that women represent more than 60 per cent of university graduates, and are now achieving senior positions in virtually every field and discipline, an old reliance on the “usual suspects” is profoundly limiting. Diversity is no longer just the right thing to do; it’s the smart thing to do.

A public discourse populated with perspectives from a wide variety of sources is more likely to identify creative solutions to systemic problems. Informed Opinions — the non-profit initiative I lead — trains expert women to translate their knowledge into concise, accessible commentary. Since 2010, we’ve been inspired by more than 1,000 women from Victoria to Halifax who’ve offered context and analysis on everything from tax policy and ocean conservation to vaccination rates and judicial appointments.

In the process of adding value to Canadians’ understanding of a wide variety of issues, they’ve helped to make this country a fairer place. Because when the views heard do a better job of actually reflecting the views held, society itself becomes a fairer, more democratic place.