Bringing the nuances of dance to video games 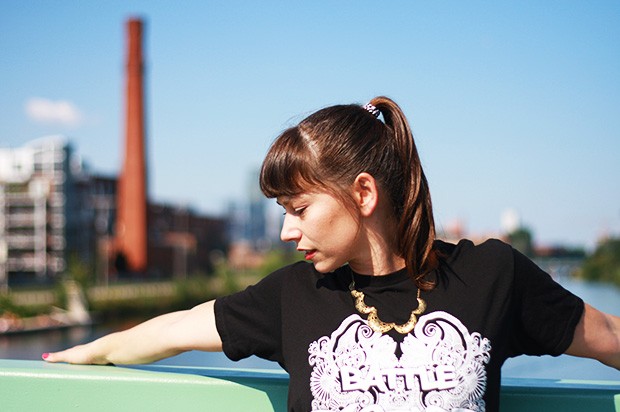 Since its beginnings in the Bronx, breakdancing has had a competitive side. Now Concordia INDI scholar JoDee Allen, herself an accomplished breakdancer, is exploring the way that the art form intersects with another modern type of competition: computer gaming.

INDI, the Individualized Program of Concordia's School of Graduate Studies, was founded to support projects that fall outside the traditional limits of academic research. Equipped with a BA (’99) from Concordia in contemporary dance and more than a decade of breakdance experience (as B-girl Feisty), Allen is now a master's student specializing in movement in video games.

As a student researcher, she's affiliated with Technoculture, Art and Games (TAG), Concordia's interdisciplinary centre for research in game studies, digital culture and interactive art. It's a natural link, since her subject combines all those things. "There are lots of people at TAG who are willing to collaborate and help out," she says.

Allen finds breakdancing inspiring for its history and originality. “It started as an urban form used as an alternative to violence. It's competitive but also about creating your own style,” she says.

"I'm looking at the inherent competitive and improvisational aspects of breakdancing to inspire movement-game design" for games such as Dance Central for Xbox Kinect, she says. Her work in the mechanics of breakdancing is intended to "introduce an element of improvisation and creativity" that goes beyond the simple mimicking by a player of the dance moves that an avatar demonstrates on-screen.

A video Allen made, available on Vimeo, shows, in just one minute, an avatar moving through settings from four different games. "It's a test," she says, "about the movement of hands. That's choreographed by the game designer and becomes the mechanics of how you play the game. You move your hands, and the avatar moves that way. Instead of actually choreographing the animation of the avatar, I choreographed the hands. What you see is how the avatar reacts in the game space, as the consequence of the movement, your hand choreography with the controller."

She's also interested, she says, in "the idea of notation and how movement is communicated" in dance games. "What's happening in these games is a performed reading of the script, and the script is the animation of the avatar that you follow as you dance. You are reading with your body."

Montreal is a hub for commercial game design, and in addition to her academic work, Allen has found a niche in that world. She has a job, she says "working in movement design and analysis with a game company, working on new approaches from the viewpoint of the player." Because of a non-disclosure agreement, she won't name the company.

Her field of study is not a crowded one. "There are some people in academia doing dance-game studies," she says, "but I'm the only one I know associating dance and games in this way. It's exciting to be in the forefront."

Check out the video mentioned above: