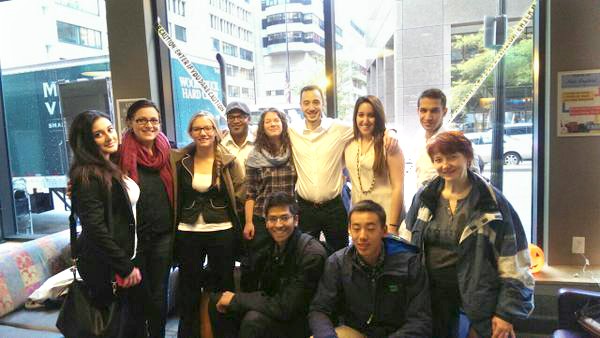 An “amazing experience”: 11 of Concordia’s iGEM team members at the international competition in Boston, MA. | Photo courtesy of the iGEM team