Botanic gardens lead the way in biodiversity conservation and eco-citizenry

Concordia to host the Leaders in Conservation: Botanic Gardens and Biodiversity in the 21st Century conference
|
By Brent Frederick 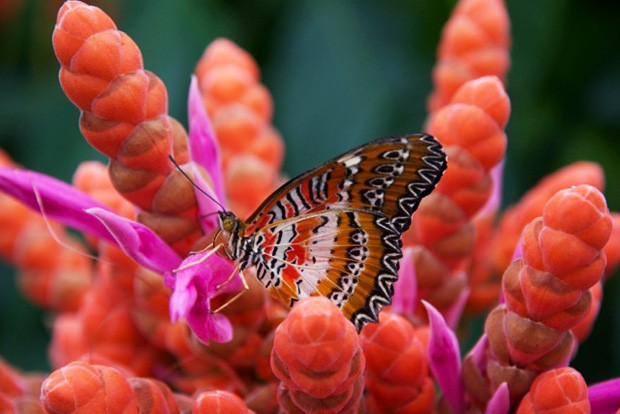 The upcoming conference will bring together local and international scholars, experts and leaders in the field of botanic garden biodiversity conservation. | Photo by Katja Neves

If you think of botanic gardens as quaint sanctuaries where nature lovers take their Sunday stroll, think again. They’re emerging as pro-active leaders in the governance of biodiversity conservation by championing eco-citizenry, socio-environmental governance and much more.

This multi-faceted new role of botanical gardens in society will become apparent at an international conference hosted by Concordia’s Loyola Sustainability Research Centre (LSRC) from October 23 to 25.

Leaders in Conservation: Botanic Gardens and Biodiversity in the 21st Century will bring together local and international scholars, experts and leaders in the field of botanic garden biodiversity conservation.

The conference is regarded as the first international scholarly event of its kind, with a focus on botanic gardens, eco-citizenry and socio-environmental governance. Presenters are coming from a wide variety of fields, including botanists, sociologists, anthropologists, political scientists, geographers, ecologists, dignitaries and scholars from the humanities.

“Botanic gardens around the world are taking on increasingly significant roles in the governance of biodiversity conservation,” said principal conference organizer Katja Neves, associate professor of Concordia’s Sociology and Anthropology Department and a member of the LSRC. “First of all, botanic gardens practise ex situ (off-site) conservation whereby they house rare and endangered plants; seed banks are included in this category.

They do extremely important research in studying plant reproduction and propagation for subsequent use in restoration projects, as well as in situ (on-site) conservation in ecosystems proper.”

Some of those projects are large scale, protecting wide ecosystems. Botanic gardens, under the aegis of Botanic Gardens Conservation International (BGCI), play a leading role in the conceptualization, development and implementation of the United Nations Secretariat of the Convention on Biological Diversity’s (SCBD) Global Strategy for Plant Conservation and related national strategies for plant conservation. BGCI, SCBD, the Montréal Space for Life’s Botanical Garden, and the Quebec Centre for Biodiversity Science have endorsed the Concordia conference.

“But my research reveals that these roles are still in the process of being defined and, therefore, need to be better understood and further discussed,” Neves said. “This assessment was one of the main reasons I decided to do this conference.”

A greater role for citizens

In the 21st century, botanical gardens started educating wider audiences, as well as developing frameworks to guide people’s interaction with plants — be it in the context of agricultural subsistence or very large-scale modern agriculture.

“What’s being asked today is for regular citizens to directly participate in the production of biodiversity conservation, either by gardening the proper species or being directly involved in what grows in a city, so it’s a much more direct, hands-on approach,” said Neves. “It’s very empowering. That’s the important message, especially if you consider that 70 per cent of the world’s population will be living in cities within the next few decades.”

Conference co-organizer Dr. Peter Stoett of Concordia’s Political Science Department and director of the LSRC said the conference has “immediate implications for Concordia’s outreach in terms of dealing with the public and the whole concept of eco-citizenry — letting members of the public more involved in conservation as part of their lives. This seemed an obvious point of entry to access the public, and to tie it in with a serious research agenda at the same time.”

The LSRC also sees the conference as a way to establish a tradition of working with international institutions. “Our previous work with the SCBD on our Partnerships for the Living City conference last March was a success,” Stoett said. “We decided to replicate that by working with them again on this conference, in addition to working with BGCI.”

The first day of the conference will take place at Sir George Williams campus. Day two will be held at the Montréal Space for Life’s Botanical Garden. Loyola campus will host the final day.

The event will feature post-conference meetings, online discussions and publications.

Register for the conference.