To infinity and beyond: Space Concordia rub shoulders with the astronautical elite 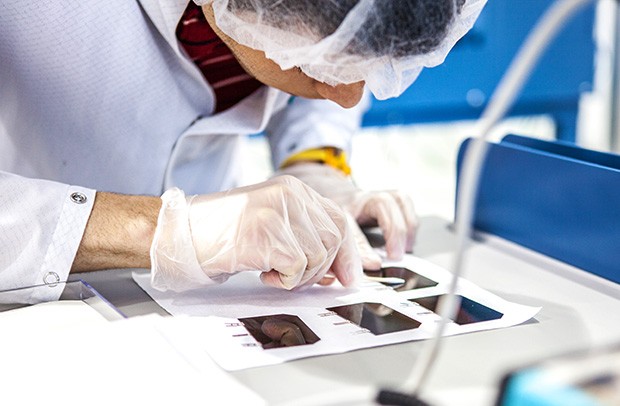 Member of Space Concordia Rami Kandela works on the team's CubeSat at the state-of-the-art Montreal facilities of MacDonald, Dettwiler and Associates (MDA). | Photo by Concordia University

Extra-planetary travel. Hurtling through space. Next-generation satellites. These are abstract concepts for most of us mere mortals.

Then there’s Space Concordia, the award-winning student association that builds satellites and imagines the future of space travel and exploration. This year, for the first time, Space Concordia has been invited to present at the International Astronautical Congress (IAC), which is currently being held in Toronto (September 29 to October 3).

Space Concordia's abstract on their latest CubeSat — defined as a very small satellite — was accepted as a poster presentation earlier this year.

“IAC is the world's premier space event, where all major space players attend,” says team leader Mehdi Sabzalian, who attended the conference this week with teammates Nicholas Velenosi and Austin Hubbell. “The decision makers and budget deciders of every agency and private organization are there.” 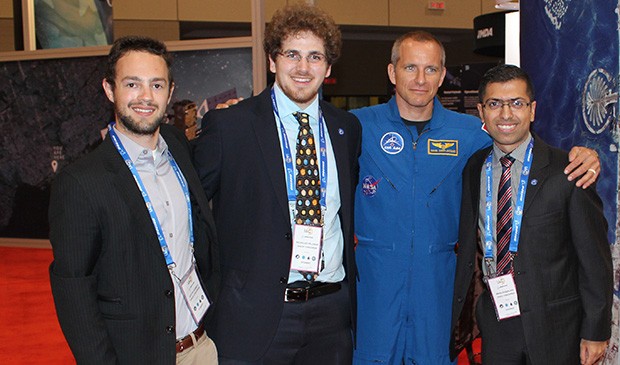 Over the past two years, Space Concordia has worked on its CubeSat, named Aleksandr, which is approximately the size of a shoebox. Onboard, is equipment that will be used for an innovative research experiment. With help from Concordia’s own Suong Van Hoa, an engineering professor with decades of experience in the area of composite materials, the students intend to study how self-healing material holds up against collisions with space debris.

More than 90 per cent of impacts in Low Earth Orbit are caused by micrometeoroids and orbital debris, which can lead to damage and malfunctions. The self-healing process would use composites with healing microcapsules and a catalyst embedded within the resin. When damage occurs, the microcapsules release a healing agent that rapidly solidifies throughout the fracture. While the process is well documented on earth, it has yet to be tested in space.

If results of this experiment are successful, future spacecraft could benefit from using a self-healing shield.

“This is a great opportunity for all of us to network and show this community Concordia University's presence in the space scene,” says Sabzalian. “We also got a chance to talk to the president of CSA and ask him to come visit us at Concordia, and meet some other members of the space community. It’s a thrill to be here.”

Space Concordia’s invitation to attend IAC came on the heel of two other recent accomplishments: they won first place in the first edition of the Canadian Satellite Design Competition in 2012; and earlier this year, their current project, Aleksandr, was second overall in this year’s competition.