The man who located 4,000 pieces of lost Holocaust music

Francesco Lotoro has dedicated 25 years to recovering music composed in concentration camps. He spoke at Concordia this week
|
By Marilla Steuter-Martin 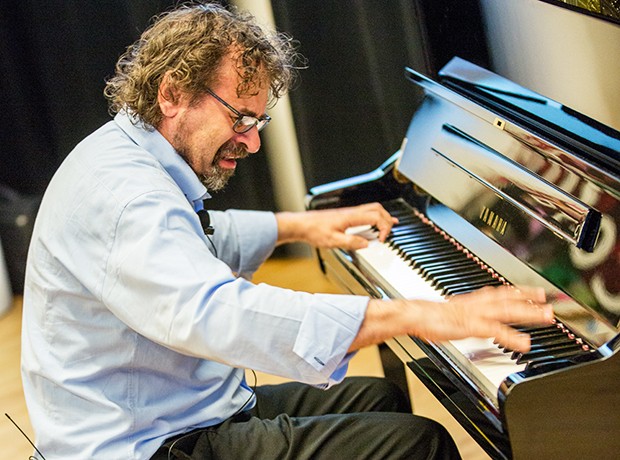 Francesco Lotoro: “When I started, a lot of survivors were living. Now it’s more rare.” | Photos by Concordia University

Francesco Lotoro has dedicated the last 25 years of his life to recovering and performing music that, without his tireless efforts, would be all but lost.

Lotoro’s research has led to the preservation of more than 4,000 pieces composed by men and women in concentration camps during the Second World War, as well as music written by prisoners of war and civilian detainees.

On May 26, at an event co-hosted by Concordia, the Azrieli Foundation and the Montreal Holocaust Memorial Centre at the John Molson School of Business Building, Lotoro addressed a capacity crowd of 150. He also played several of the recovered piano compositions.

The researcher, musician and musicologist explained that when he first started work on the project, he had no idea that it would become so important, or touch the lives of so many.

“You do not understand your mission at the beginning” he said. “You understand it on the road.”

Lotoro’s search has caused him to travel widely, visiting museums and contacting survivors.

In one case, he heard of a Polish composer who wrote a five-act opera in a concentration camp in Campagna, near Salerno, Italy. Lotoro followed the story through several countries, until he was finally able to make contact with the man’s nephew in South Africa.

As the number of Holocaust survivors dwindles, he has found that speaking to their family members is increasingly the norm. “Today is the generation of the sons and nephews. When I started, a lot of survivors were living. Now it’s more rare.” 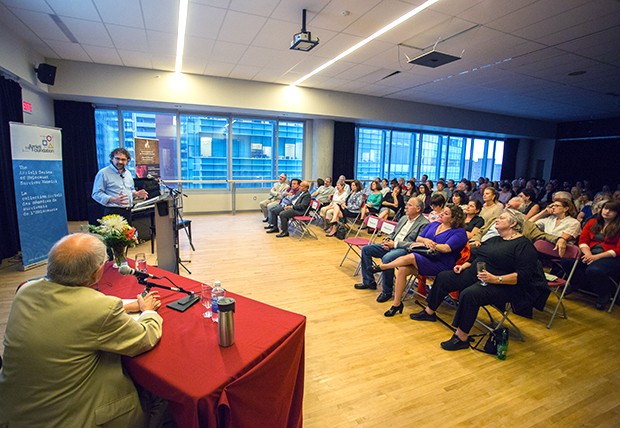 In the words of Azrieli Foundation director Sharon Azrieli Perez, the music is “an incredible testimony to the artistic soul.”

For Lotoro, an Italian who converted to Judaism later in life, the project is more than a professional endeavour. He believes it to be a mitzvah — Hebrew for “good deed.”

Marc Wieser, coordinator with the Azrieli Music Project, was proud to bring Lotoro’s work to Montreal.

“We’re involved in preserving stories,” he said. “Stories can exist in painting and music and so many different forms. This project is so interesting because here’s someone who is documenting testimonials from Holocaust victims and survivors.”

The Azrieli Foundation’s director Sharon Azrieli Perez was eager to learn more about this previously unknown wealth of Second World War-era compositions, many of which were created in brutal conditions.

“I did not know that there was music written on toilet paper belonging to people who had dysentery. These people were saving up their toilet paper to write music,” she said.

Learn how Concordia is working to return artwork stolen during the Second World War to its rightful owners.