110,000 documents relating to the influential political economist are now available to billions
|
By Christian Durand 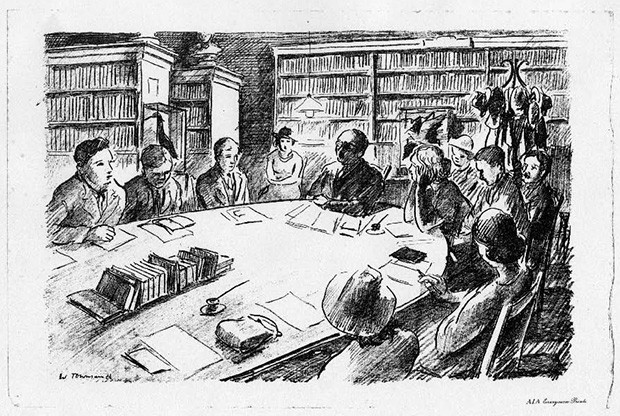 This year marks the seventieth anniversary of the publication of Karl Polanyi’s seminal The Great Transformation (Farrar and Rinehart, 1944), one of the most cited works in the social sciences.

Since the Karl Polanyi Institute of Political Economy was established at Concordia in 1988, it has housed Karl Polanyi’s literary legacy: the world’s largest collection of his papers. Over the years, scholars from every continent and discipline have visited the university to pore over the archive’s estimated 110,000 documents, which range from correspondence and unpublished papers to notes, articles and manuscripts in Hungarian, German and English.

Now, the institute has meticulously digitized this treasure trove with the goal of allowing universal access to its contents. The result is an online database that will generate great enthusiasm across academia. 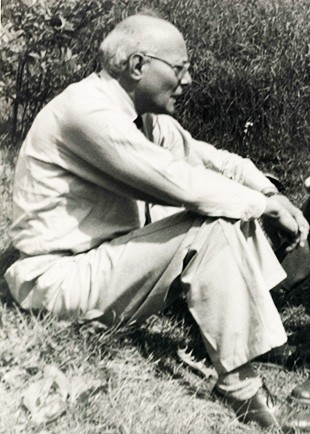 Karl Polanyi is the author of The Great Transformation, a seminal piece of political-economic theory. | Photo courtesy Karl Polanyi Institute of Political Economy

“This is an extraordinary resource for anyone interested in digging deeper into the life and work of Karl Polanyi,” says Marguerite Mendell, the institute’s co-founder and director. “Scholars in the fields of anthropology, sociology and economics, to name a few, will especially benefit.”

The theory that the economy should serve society — rather the opposite — is central to Polanyi’s work.

The political economist lived from 1886 to 1964. Recent shifts in geopolitics and the global economy have spurred an increased interest in his ideas.

Notably, the dissolution of the Soviet Union and its tumultuous aftermath, the rise of large-scale activist movements, and the enduring economic crisis played a role in Polanyi’s revival as an influential thinker.

“His work speaks to re-embedding the economy in society, to reflect the needs, capacities and aspirations of citizens and communities,” Mendell says. “Polanyi’s analysis of financial liberalization in the 1920s resonates with the consequences of financialization today.”

She adds that in 2014, “what also resonates in Polanyi’s work is the recognition of the capacity of people to effect change. This has been expressed lately in many ways, including the environmental movement, local organic food movements and fair-trade initiatives and the growth of social finance internationally, as well as in the rise of co-operatives in all sectors around the world. The growing interest in democratizing the economy is inspired by Polanyi’s work.”

How did Concordia acquire this impressive collection? The story dates back to the early 1980s, when Mendell was a graduate student in economics at McGill University.

At the time, one of her professors was Kari Polanyi Levitt — Polanyi’s daughter. When Polanyi Levitt’s mother passed away, she inherited her father’s literary legacy, which she then encouraged Mendell to explore as part of her postdoctoral research.

When Mendell completed her PhD and came to Concordia, she brought along the collection, and the work of archiving its contents began.

Although she is thrilled that Polanyi’s writings are now available online, Mendell believes that scholars who are deeply committed to researching his work will also come to Concordia to examine the physical archive.

Either way, Polanyi Levitt is proud that students, faculty and researchers can now access her father’s legacy.

“My father was more than an economist,” she says. “He was a man dedicated to and involved in numerous fields of study and thought. He was a multidisciplinary thinker before this became the trend in academia.”