'The conversation is the starting point' 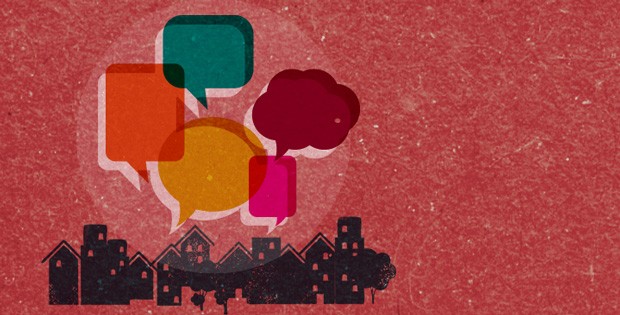 University of the Streets Café — a series hosted by Concordia’s Office of Community Engagement — offers conversation in the truest sense of the word. And that’s exactly what program coordinator Susan Edey loves about it.

The idea behind the series is simple: every week or so, people from across Montreal gather to discuss a given subject with the help of an invited guest or two and, of course, a moderator.

This term’s talks have already addressed the anti-capitalist movement, ageism and the food we find in our cafeterias. There’s lots more to come: the toxicity of everyday products, the struggle to integrate people with developmental disabilities into our communities, and a host of other topics are planned for the weeks ahead.

Edey appreciates Concordia’s deep ties with the community that surrounds it. “I see it as a really urban university that is located right in the heart of Montreal and is seamlessly integrated into the city,” she says.

University of the Streets Café is a product of that relationship and Concordia’s willingness to experiment with new modes of learning.

“It’s breaking the mold of the traditional teacher-learner structure that we think of in education,” she says. “It’s creating spaces where different types of knowledge can come out and different types of people can encounter each other.”

2. Its participants come from diverse backgrounds

While Concordians are indeed welcome at University of the Streets Café, the majority of the series’ participants aren’t students, staff or faculty. “Most of them are definitely people from the larger community here in Montreal,” says Edey. “We get all kinds of people of different ages and backgrounds.”

The conversations — which are held at venues throughout the city — aim to be welcoming in every regard because, according to Edey, “Our goal is to provide learning opportunities to people in local communities.”

3. Everyone is an expert

On March 3, University of the Streets Café hosted “The Future of Employment in Montreal: Whose job is it to create jobs?,” which explored the factors behind Montreal’s lofty unemployment rate. Noor El Bawab — the community manager at Concordia’s District 3 Innovation Center — and entrepreneur and consultant Vincent Léger were invited as guests.

According to Edey, the “guest” nomenclature is important. “Our program is based on the idea that everyone is an expert in their own way, so we have guests who open up the conversation,” she says. “We intentionally don’t call them experts.”

That principal will hold true when the series welcomes artist Carmen Després, art therapist Sarah Tevyaw and Janis Timm-Bottos, an assistant professor in the Department of Creative Arts Therapies, for “Art Saves Lives! But can it save society?” (Monday, March 17), a look at how art can improve our collective well-being.

4. The topics often come from participants

Among the discussions scheduled for March is “Necessary Evils: Has the market normalized toxic products?” (Thursday, March 13). The idea actually came from Erik Michaud, an engineer who had attended a separate conversation on 3D printing last term. Along with Darshanna Dhunnoo, a member of the advocacy group FemmeToxic, he will serve as a guest in a talk about the toxicity of everyday consumer goods.

“If people enjoyed one conversation and have a suggestion for another, that’s great,” Edey says.

The volunteer moderators — many of whom have whom have been with the series for several seasons — also inform its direction. “Sometimes they’ll suggest a topic that’s really relevant, and I’ll look for guests that might be a good fit for it.”

In the case of “Living with Developmental Disabilities: Have we made progress towards real integration?” (Wednesday, April 2), the idea came from Concordia’s Centre for the Arts in Human Development, which put Edey in touch with Pierre and Louise Fregeau, the parents of a young adult with Down syndrome.

“We’re going to talk about the idea of integrating people will developmental disabilities into our communities,” says Edey. “How far have we come towards the goal of integration, and how far do we still need to go?”

5. It’s all about dialogue

For Edey, the measure of success for University of the Streets Café is clear. “As an organizer, I think that the outcome is the conversation itself,” she says.

At times, the debate can become heated, though never disrespectful. But the point, Edey says, is to create a space where all sorts of subjects can be discussed.

“Especially in a society that tends to draw a line between experts and learners, it’s great practice to speak publicly about your own ideas and to hear from other people,” she says.

And if the conversation continues outside of the series, that’s even better. “I always hope that the participants walk away with a lot of food for thought to go back to their communities with. The conversation is the starting point, and we hope that people do what they need to do with it after the fact.”

The next University of the Streets Café conversation, “Necessary Evils: Has the market normalized toxic products?,” takes place on Thursday, March 13 at Café Verdure (2159 Mackay St.) from 7 to 9 p.m.

See the full University of the Streets Café schedule.