Writers Peter Carey and Josip Novakovich are speaking at Concordia next month. Here’s a taste of what’s to come
|
By Lucas Wisenthal 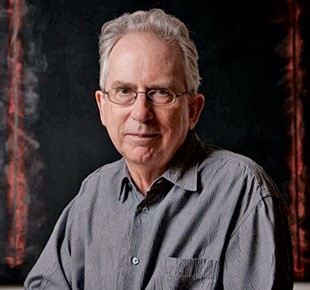 Peter Carey: “I wanted to make something true and beautiful.” Photo by Michael Lionstar 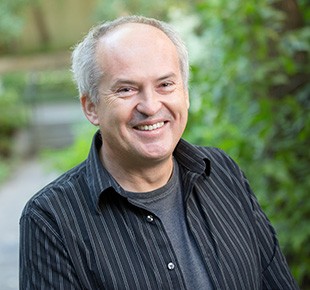 Josip Novakovich: “As a teacher, I am here to catalyze.” Photo by Concordia University

In the popular imagination, a writer sits down at his or her typewriter and effortlessly produces pages of perfect prose.

But that romantic notion can be far from reality. As anyone who’s ever put pen to paper will confirm, inspiration is often far from immediate. An idea can take years to develop, while even the most thoroughly thought-out work of literature can fail to materialize — vanishing, instead, into the ether of a filing cabinet or a hard drive.

Peter Carey and Josip Novakovich are deeply familiar with the challenges of writing. Carey is the Australian-born author of more than a dozen books, including Oscar and Lucinda (UQP, 1988) and True History of the Kelly Gang (UQP, 2000), both of which earned him a Booker Prize.

The Croatian-born Novakovich, a professor in Concordia’s Department of English, has written a novel — April Fool’s Day (HarperCollins, 2004) — along with three collections of short stories and four collections of narrative essays. His body of work put him among the finalists for the 2013 Man Booker International Prize.

Both Carey and Novakovich have plenty to say about the idea of inspiration and the role writers’ lives play in their work. On Thursday, March 20, they’ll share some of their thoughts at Thinking Out Loud, the second edition of Concordia’s national conversation series in partnership with The Globe and Mail.

Here’s a taste of what’s to come.

As a writer, where do you find inspiration?

Peter Carey: I was intoxicated by William Faulkner and wanted to make something true and beautiful that had never existed on the Earth before. The sources of intoxication change from time to time, but the desire remains the same.

Josip Novakovich: At first, I was inspired by reading absurdist and surrealist texts by Samuel Beckett and Franz Kafka, and then, later, by Nikolai Gogol and Leo Tolstoy. Emigrating from Croatia and experiencing culture clash in the United States gave me many ideas of what to write. And then, later on, the war in Croatia, because it was such a shock, gave me a lot of questions, which I could attempt to answer by writing essays and stories.

Now I am traveling in Croatia, Serbia and Bosnia, encountering protests, poverty, and discontent — this is not what the new countries expected to have 20 years after the war. I too am disturbed and puzzled by it, so I will have to write stories set in the region once again to think and understand better than I do without writing about it.

In what way does your life inform your work?

PC: In no way and every way. In no way because I can think of nothing more boring than writing about my very ordinary life. In every way because even the chewing gum on my boot is a part of my life and could be used in a sentence tomorrow.

What effect has the Booker Prize had on your writing?

JN: None whatsoever, except to distract me with too much travel and interviews and a sense that things are easier now than they were before. The writing remains the same.

Which of your books should people read first?

PC: All my books are in print, but I'd suggest something published between 1985 and early 2015.

What is the best way to teach creative writing?

JN: The most important thing for me as a teacher is to be individually responsive and insightful. I aim to identify and encourage strengths in a writer.

Each writer needs a different path of development. I am here to catalyze, to make the journey swifter and better than it might be otherwise.

“On the writing of inspiration” with Josip Novakovich and Peter Carey takes place on Thursday, March 20, from 7 to 8 p.m. at the Oscar Peterson Concert Hall (PT, 7141 Sherbrooke St. W.) on the Loyola Campus. A book signing will follow at 8:15 p.m.

Register for this conversation — and see the full Thinking Out Loud schedule. Follow #CUtalks on Twitter for the latest information about the conversations series and live tweets from each event.