Concordia professor recognized for a lifetime of excellence in journalism 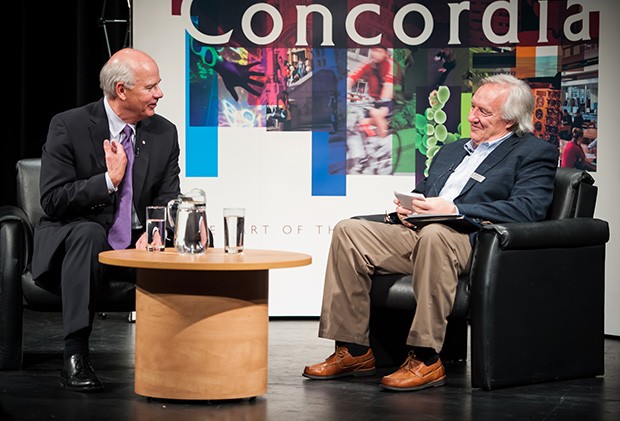 The annual award was created in 2002 to recognize individuals who have distinguished themselves through outstanding service and continued excellence during the course of their career in broadcast journalism. Downie is one of seven 2014 recipients.

"It is a great pleasure to honour industry leaders who have contributed significantly to our profession of electronic journalism," says RTDNA Canada President Ian Koenigsfest, citing the “continued excellence, passion and commitment” of the winners.

“They are all role models to us and will inspire generations of journalists."

Downie joined Concordia’s Department of Journalism in 1999 as coordinator of the broadcast stream. On its website, the RTNDA gives his time at the university a glowing review: “It is no exaggeration to say that through his tireless work and inspiring teaching, he has ignited a passion for both radio and television in hundreds of students.”

Brian Gabrial, chair of the Department of Journalism, says he and his colleagues are "delighted" by the news about Downie.

They find the recognition well deserved. "Peter is a dedicated teacher and mentor whose influence on current and former students cannot be overstated. Indeed, many of them have become well-respected national and international Canadian journalists.'

Downie also worked as a regional and national host with CBC Television (Midday, Man Alive) and Radio (As It Happens, Morningside, Cross Country Checkup) for 25 years. He conceived, produced and hosted the CBC Radio documentary program Tapestry, which explores personal ethics and how to lead a life of meaning and worth.

His documentary work has received many national and international awards. It focuses on issues ranging from street kids in Bombay to satanic worship in Alberta.