The circus is coming! 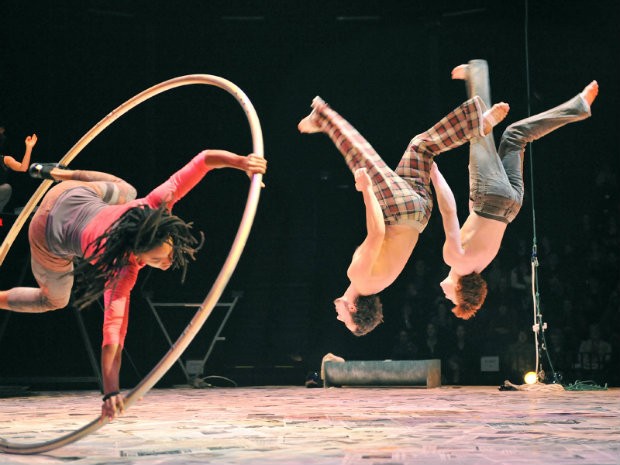 For Louis Patrick Leroux, circus is about much more than clowning around: it’s an art form that draws on storytelling, acrobatics and athletics.

Leroux knows a thing or two about the history of the circus in Quebec — from 1797, when impresario John B. Ricketts brought North America’s first modern circus to Montreal, to today's billion-dollar Québec-based circus industry with global ramifications. 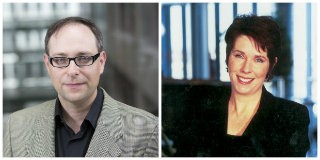 An associate professor in Concordia’s Department of English and Département d’études françaises, he was recently named scholar-in-residence at the National Circus School. He also collaborates with SSHRC Industrial Research Chair for Colleges in Circus Arts Patrice Aubertin at the same institution. Leroux’s research on the Cirque du Soleil has taken him to Las Vegas, Nevada, a city he’s come to see as a “metonymy for hyper-America”; this year, he’s heading to Ecuador to study its Social Circus movement.

On Wednesday, March 12, Leroux and Lyn Heward — former director of creation at the Cirque du Soleil — will take part in “The Academics of Circus,” a conversational exploration of the artistic and commercial aspects of creativity. This second event in Concordia’s Thinking Out Loud series will be moderated by Sophie Cousineau, The Globe and Mail’s chief Quebec correspondent.

In anticipation of the talk, we asked Leroux to describe his favourite acts.

“I was theatred out, convinced that nothing would impress me. Then the bald angel swept by, a roue Cyr number touched a nerve and it rained for the longest time on the performers on the stage — not stage-rain dribbling, but a real, constant downpour, which provoked a frenzy of activity. The performers looked like they were having so much fun! It was like an image of what a grown-up recess would be like if we were allowed to have them … and if we were all fit.”

“Choreographer, writer and director Philippe Decouflé created a Broadway musical number through a Cecil B. DeMille tableau of pure kitsch in the Los Angeles, California production of Iris. It was what Cirque du Soleil does best: precision-choreographed excess with panache, a combination of artistry and entertainment.”

“Ah, the amazing things those guys can do with knives and axes and vegetables while singing traditional French-Canadian songs! The hoi polloi forgot about being cool, and everyone was tapping their feet and asking for more.”

1. Andréane Nadere Leclerc’s Cherepaka (The Death of a Turtle) at the Chicago Contemporary Circus Festival

Plus: A sentence Leroux never thought he would utter at rehearsal

“As said to a performer while assisting director Samuel Tétrault in a 7 doigts de la main, National Circus School and Geodézik workshop that combined circus, technology and original text: ‘Could you do a butt-out through the Chinese hoop here, then dive back, look up at the camera and then say your line?’”

“The Academics of Circus” with Louis Patrick Leroux and Lyn Heward takes place on Wednesday, March 12, from 7 to 8 p.m. at the Oscar Peterson Concert (PT) Hall (7141 Sherbrooke St. W.) on the Loyola Campus.

Registration is closed but there is still plenty of room for tonight's event! Please join us at the Oscar Peterson Concert Hall – 7141 Sherbrooke West. The talk starts at 7 p.m.