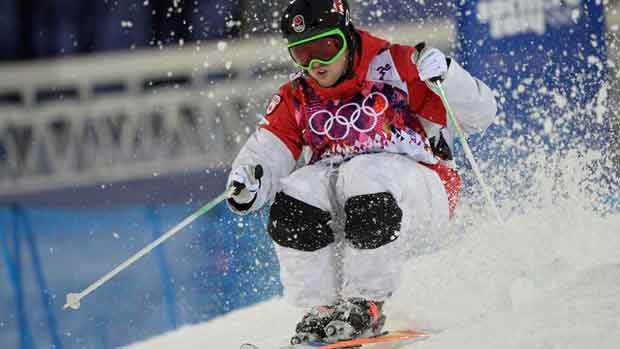 Concordia student Alexandre Bilodeau made history at the Winter Games in Sochi, Russia on Monday when he became the first man ever to successfully defend an Olympics title in the moguls competition.

The 26-year-old, who studies accounting at the John Molson School of Business, went for broke during the six-man final, executing a near-flawless run and earning Canada’s third gold medal at the 2014 Games with a score of 26.31.

The Concordian earned his first gold medal in the men’s moguls competition at the Vancouver Olympics; it was also Canada’s first gold at the 2010 Games.

Read about the science behind Alexandre Bilodeau’s “Performance of a lifetime” and watch his Olympic runs at Sochi.

UPDATE: Former Concordia Stinger Caroline Ouellette is also competing for Canada at the Sochi Olympics in women's hockey. Her team is so far unbeaten, having defeated Switzerland (5-0), Finland (3-0) and the United States (3-2): they are going straight through to the semi-finals. The next game for Team Canada is on February 17 (time TBD). Watch it here on Monday.